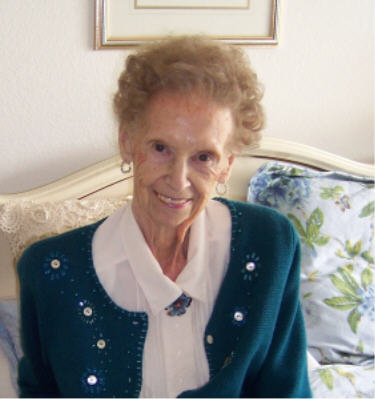 From Kennewick, WA, US | Born in Spokane

Cleta Josephine Keane died May 23, 2008 at the Legacy Cove Care Facility in Kennewick surrounded by her family. She was born the oldest of four daughters on March 13, 1914 to Clara and Joseph Lohrenz in Spokane, WA.

Cleta was raised in Spokane, graduated from Holy Names Academy in 1934, and then attended Marylhurst College in Oregon. She worked as a timekeeper in her father's construction business before marrying James A. Keane on Feb 20, 1939. The family lived in Montana and Colorado before moving to the Tri-Cities in 1955. She and Jim traveled extensively while he was the Port Commissioner for Pasco and President of the Washington State Port Commission. She volunteered on the Pasco Election Board for over 40 years. She was a member of Tri- City Country Club for many years and an avid golfer into her 80's. She always said, "Anyone can putt. All you have to do is concentrate." She was a homemaker who loved flowers, and she always had a beautiful flower garden. She often joked, "When I die, send flowers."

Cleta was a true lady in every sense of the word. She will be remembered as a loving wife, mother, "grammie," friend, and wonderful hostess to all who knew her. She had a deep Catholic faith and would say a special prayer to the appropriate saint for whoever was in need. She had a great sense of humor and was always very optimistic, making the best of every situation. She enjoyed playing the piano and in later years the organ.

Grandchildren remember her touring them around the Tri-Cities in her big 1963 Cadillac. She spent the summers of her youth at Liberty Lake and was an excellent swimmer and diver. She would show her grandchildren how to do jack knives and swan dives off the diving board well into her 70's—but only on Thursday as she had her hair done on Friday. She loved her condo on the 4th green at Meadow Springs and enjoyed the many golfers she waved to as they played past her deck. She was a great example to all of us and will be deeply missed.

The family would like to thank the many people who have helped with her care these past few years. Your love and support has been a great strength to Cleta and her family.

Donations may be made in her name to The Chaplaincy Hospice, 2108 West Entiat Ave., Kennewick, WA 99336, or a charity of your choice.