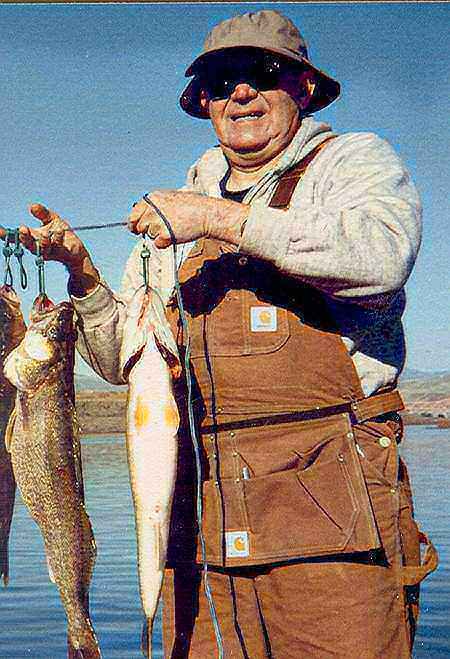 From Richland, WA, US | Born in Sherman, Texas

Jack Wagner Kolb, 83, of Richland, died peacefully in his sleep on May 24, 2008 at Quail Hollow Memory Care Community, in Richland, WA.

Jack was born in Sherman, Texas on September 30, 1924, the son of Chauncy and Lena Kolb. He graduated from Sherman High School 1941 in Sherman, Texas and earned a degree in Mechanical Engineering from Texas A&M in 1945.

Jack enlisted in the Army Air Corp during WWII and trained fighter pilots. During his military service, he met and married Anita Nicki Walikonis, originally from Madison, Wisconsin, in 1945. Jack and Nicki have been married 62 years.

After graduation from Texas A&M, Jack began his engineering career in Schnectady, New York with General Electric Co. He transferred to Richland, WA in 1952 to work at Hanford with G .E. and Westinghouse, retiring in 1989 after 37 years of service. Jack enjoyed his leisure time by hunting and salmon, steelhead, bass and trout fishing all over the northwest. He also enjoyed spending summers boating and waterskiing on the Columbia River with his family. He spent a good part of his spare time producing flow charts of the Columbia River in an effort to locate the "big one".

Jack was a longtime member of Westside Church, Richland, WA

He was preceded in death by both parents, Chauncy and Lena, brother, Buddy Kolb, and infant son, Jackie Kolb.

A graveside service will be held on Friday, May 30, 2008, at 1:00 p.m. in Sunset Memorial Gardens. Einan's Funeral Home, Richland, WA is in charge of arrangements. In lieu of flowers, please make honor donations in Jack's memory to either Alzheimer's Foundation of America, 322 Eighth Ave. 7th Floor, New York, NY 10001 or to Hospice at the Chaplaincy, 2108 W. Entiat Ave, Kennewick, WA.