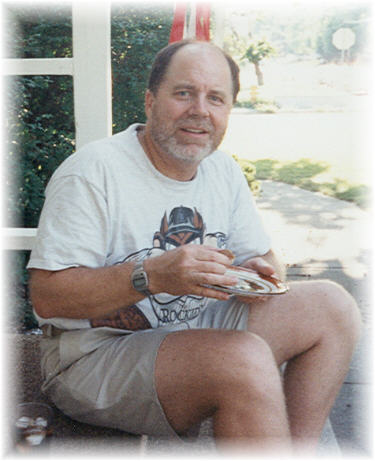 From Richland, WA, US | Born in New Westminster, BC

John spent his youth in New Westminster, BC enjoying family outings and playing baseball, which was his passion. He later took on the unpopular job of being an umpire. He was an avid sports fan, especially hockey, and would travel many miles to watch his son Alex play hockey for whatever team he was playing for at the time. The Vancouver Canucks was John's favorite team.

John was especially proud of his children and took great joy in their accomplishments. It was not unusual to see him on the field refereeing Kate's soccer games, or acting as score keeper and public address announcer at Alex's hockey games.

John graduated from University of BC with a degree in Commerce and spent many years in pharmaceutical and durable medical sales. At the time of his death, he was working in the food service industry at Bonefish Grill and Red Lobster.

The family would like to express its appreciation to Dr. Tabbara, Dr. Blanchard and the nursing and support staff at Kadlec Medical Center for their kindness and wonderful care. The family also wishes to express appreciation and heartfelt thanks to the management and staff of Bonefish Grill and Red Lobster for their overwhelming generosity and support and to the many friends who came to visit him in the hospital.