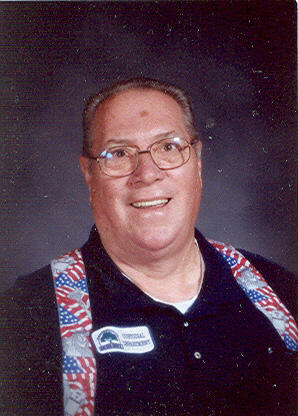 From Kennewick, WA, US | Born in Coco Beach, FL

Charlie was born October 25, 1938 in Coco Beach, Florida and grew up in Bremerton, WA. While in Bremerton he served in the Army National Guard as an Ordinance Part Specialist.

He moved to the Tri-Cities in 1968 where he worked for many years at Lorne Bangert Ford before being employed by the Pasco School District as Head Custodian for almost 12 years.

Charlie was a 20 year member of Alcoholics Anonymous and enjoyed attending meetings daily as well as sharing the word of AA to those new to recovery and in correctional facilities.

He enjoyed coffee with his family every Sunday, spending time with his German Shepherd, Benny, road trips with the PT Cruiser Club, fishing with friends and watching "wrasslin'' every chance he got. He took special joy in repeating bad jokes and funny stories time and again.

He was preceded in death by his wife and best friend of 34 years, Myrna Frazier.

In lieu of flowers, donations can be made in Charlie's name to the Hospice at the Chaplaincy or any local Chapter of Alcoholics Anonymous.

The family would like to thank the Kennewick Fire Dept, Kennewick General Hospital, Harborview Medical Center, Grandview Health Care Center and Richland Rehabilitation Center for their exceptional care of our father during the last several months. He put up one heck of a fight!