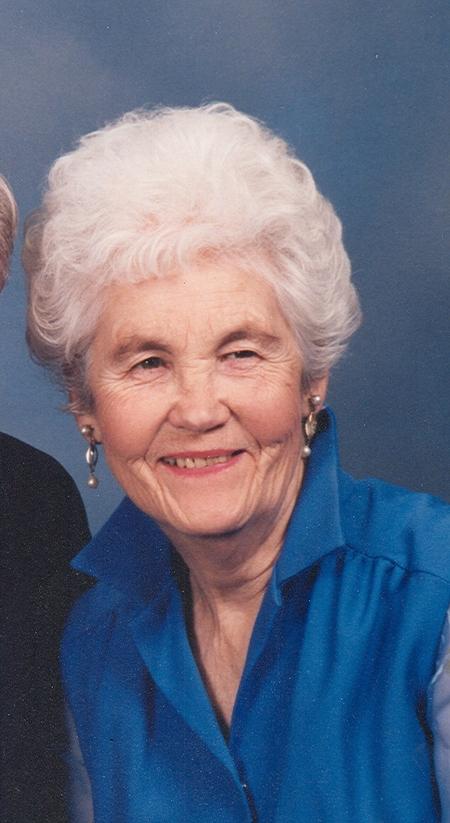 From Richland, WA, US | Born in Canandaigua, NY

Helen Katherine Burleigh Wade, beloved wife of John, was born on September 10, 1918 in Canandaigua New York. She passed away on June 24, 2008 in Richland Washington at the age of 89. After a challenging early life, Helen met the love of her life, John "Bud" Wade and dedicated her life to being a devoted wife and mother. Her motherhood experience began in New York where Helen gave birth to her children. After her oldest son and daughter were off to college, Helen and John moved with their two younger children to the Tri-Cities. Helen spent the last 43 years in the Tri-Cities with the exception of six years shortly after John's retirement during which she and John lived in Coeur 0' Alene Idaho to enjoy the ski slopes and fishing. Helen was an active member of Christ the King Church. In the spirit of living out her faith, her calendar was filled with birthdays, anniversaries, and notes of people needing encouragement. She kept the post office busy with her frequent acts of kindness and caring. Helen was adventurous and willing to try new things, from recipes that piqued her interest to taking up snow skiing when she turned fifty. She was always eager to add new experiences to her life. Helen enjoyed fishing, tennis, snow skiing, and dabbled at golf. She took her greatest pleasure from meeting new people and acquired many wonderful friends through each experience. Helen truly cherished her family and friends. After their brief time in Coeur 0' Alene, Helen and John returned to the Tri-Cities to take on another new adventure as grandparents. In true Helen fashion, Helen's grandchildren were cherished and she kept them busy with adventures. The memories of fishing with Grandma Helen including accidentally hooking her with a wild cast, feeding the ducks in Columbia Park Helen brought a stool to make them taller than the ducks, and mashed potatoes as only Grandma could make them will be a permanent sturdy threads in the fabric of her grandchildren's lives. Helen never missed any event her grandchildren invited her to attend. For twelve years, she came to every event, prepared for anything, and always cheered and clapped the loudest, always proud of her grandson's efforts. After being invited to one grandchild's first grade classroom, Helen discovered it was his turn to share a "special treasure" with the class. She was his "special treasure." Helen is survived by her loving husband of 67 years John, her son Steve and wife Diane, and their daughter Julianna of Mamaroneck N.Y., daughter Sue of Seattle, daughter Janet Wade and her son and daughter, Adri Richards, and Misha linn of Monroe WA, son James and wife Peggy, and their sons Pierce and Chandler of Richland WA, and a special niece, Pat McKee of Marco Island, FL. Helen is preceded in death by her infant son David Wade, her mother Emily Burleigh, and brothers Harold and Lee Burleigh. The family would like to thank the Hospice staff, and the kind and caring staff of Alterra Wynwood. A funeral mass will be conducted at Christ the King Church on Thursday, June 26th at 11:00 a.m. with a lunch to follow at the church. Einan's Funeral Home is in charge of the arrangements