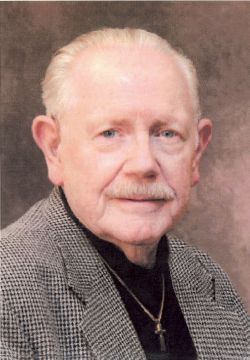 Jack F. Tempero, Jr. beloved son, husband, daddy, grandpa, craftsman, friend passed away with full knowledge of the promise of his salvation through his Lord Jesus Christ, June 28, 2008, in Kennewick, WA, after a quiet, but valiant battle with cancer.

Jack, age 82, was born on January 16, 1926, in Palouse, Washington to Jack F., Sr. and Goldie J. Tempero. Jack was the eldest of three and the only son of this wonderful couple. Jack found joy in the blessing of each day, even to the end. He was preceded in death by his parents. Jack is survived by his dearly beloved wife and life-time companion, Wanda; daughters Terri Tempero Schmidt of Manhattan, KS, and Cherrie Tempero Scott, her husband, Bill Scott, and two grandsons, Tom and Cory Scott, all of Nipomo, CA; two sisters, Joyce Marshall of Missoula, MT, Shirley Mitzimburg of Colfax, WA; treasured nieces and nephews; and a host of friends and "family" from the Richland First Church of the Nazarene.

Jack graduated from high school in Potlatch, Idaho, in 1944. He joined the U.S. Navy after graduation, and furthered his education by becoming an electrician while he served the country he loved during World War II. Jack married his sweetheart, Wanda Gilliam, on July 25, 1944. They shared a rich and blessed marriage of nearly 64 years.

Employed as an electrician on the Hanford Site in 1952, Jack brought his wife and daughters to Richland, WA in 1953. They made their home and raised their family here while he worked for various contractors at Hanford until Jack retired in 1988.

Jack had a strong sense of service that was evident as he worked for the Lord and the church body. Jack spent many days constructing and repairing churches and homes for those that needed his able help. The Sun Valley Indian School had a warm place in Jack's heart. He was an active member on several Work and Witness teams there, serving the Lord and those at the school. Jack gave of his time, resources, and talents in numerous ways. Respectfully, Jack had a gentlemanly and dapper manner. His generous and warm spirit touched us in a way that only Jack Tempero could.

Jack Tempero will be missed beyond measure. Without a doubt, we know that his Master said to him, Well done, good and faithful servant. . .enter into the joy of your Master. Matthew 25:21

Graveside services will be at 9:00 a.m. Monday, July 7, 2008, in Sunset Memorial Gardens followed by memorial services at 10:00 a.m. Monday at Richland Church of the Nazarene.