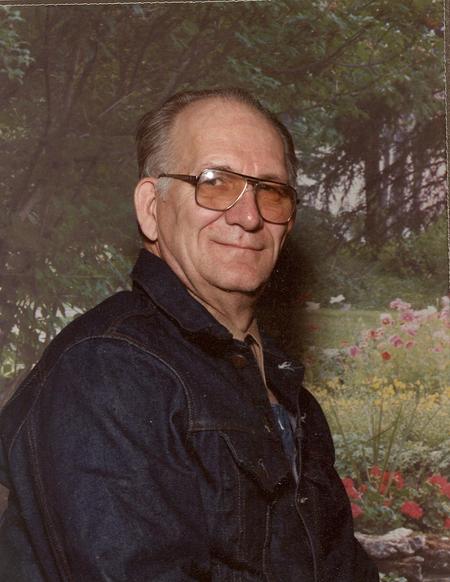 From Richland, WA, US | Born in Richmond, KA

Kenneth was born in a farm house near Richmond, Kansas on December 29th 1921. His father George and Mother Lula had a farm near the Potawatomie River and he learned how to fish at a young age. His father passed away when Kenneth was 11 years old. He assumed the role as head of the household and worked for other farmers in the area to help support his Mother and two younger brothers, Eugene and Francis.

He went to a one room elementary school house called Round Prairie School and attended Richmond High School, graduating in 1941. He was a star basketball player and was called Hobby by all that knew him. At the age of 19 he left home at went to trade school and became a welder.

For awhile he worked in Bridgeport, Connecticut and when WWII started he went to the induction station to join the Army. At one time as a teenager, Kenneth was on crutches because of an incurable bone infection in his right knee and leg. He could not pass the physical to get into the Army because of this infection.

He tried to get into every branch of the military but was refused by all and was 4F, meaning at that time he could not be drafted or enter any U.S. military service. In Long Beach, CA. he worked in the ship yard as a welder in defense work. He had a top priority clearance and worked on a secret and new military vessel. These vessels were later known as the landing craft that stormed the beaches of France on June 6th, 1944.

Working in the Kansas City area in 1947, he met and married Ruth Beem.

Ruth had a brother working in a place called Hanford making some good money at the time and in the spring of 1951, Kenneth came to Richland, WA and shortly had a job with General Electric.

He worked for many different companies through the cold war years in the production of plutonium and as a process operator working in 200 East Area, he retired after 35 years from Rockwell in 1986. As a long time Richland resident he was known by many to be a good and dependable worker. Also as a family man who loved to go fishing and camping. He was a Christian and an ordained Deacon in the Community of Christ Church in Richland. He was also a Boy Scout leader for Post 36 of the United Protestant church on Wright St in the early 1960's.

He gave a class on knot tying. Many men today know how to tie a bowline knot because of him.

Most of his friends and relatives have all passed before him. His survivors include two sons, Gregory Hobson and wife Elfriede of Benton City, WA and Ronald Hobson and wife Paula of Green Bay, WI; one brother, Francis-Hobson and wife Annalisa of Vacaville, CA. Two grandchildren, Laura Wampole and husband Herb of Pasco, WA. and Phillip Hobson of Richland, WA. Ruth Beem Hobson resides in Independence, MO.