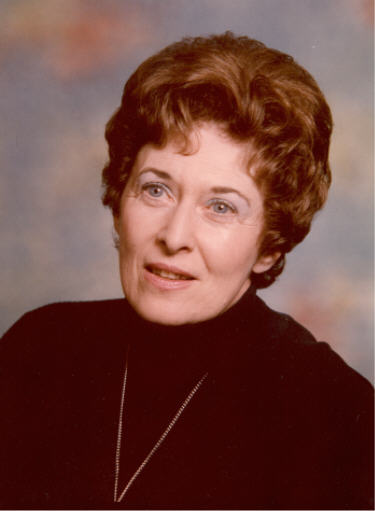 From Richland, WA, US | Born in McCleary, Washington

Dawn was born in McCleary, Washington on May 31, 1915 to John and Myrtle Fritzinger. The family moved to Hoquiam, Washington where her father secured employment at a specialty lumber mill. She attended school in Hoquiam and went to work as a store clerk after graduation from High School. She met and married her husband Stan Jensen and later gave birth to her son Jim in 1942. The family moved to Klamath Falls, Oregon to follow Stan's employment with Shell Oil Company. Dawn was a full-time wife and mom, and she lived throughout the Pacific Northwest during her married life. After raising her son and seeing him off to college, she studied for and became employed as a Cosmetologist.

She was widowed in 1973 and moved to Richland, Washington to be close to her son and his family. Dawn enjoyed her family and delighted in preparing large, tasty Sunday and holiday meals for them. She loved to knit and sew and was an avid reader. Her kind and friendly personality made her many friends wherever she lived or worked.

Dawn was preceded in death by her parents and her husband Stan and is survived by her son and daughter-in-law Jim and Jimmie Jensen of Richland, Washington, three grandchildren, and several great-grandchildren. - She passed away on June 27, 2008, at the Life Care Center of Richland.

A memorial service will be held on July 17 at 2:30 pm in the main dining room of the Life Care Center. Anyone wishing to make a donation in her memory is asked to send it to the Hospice at the Chaplaincy, 2108 West Entiat Avenue, Kennewick, Washington.