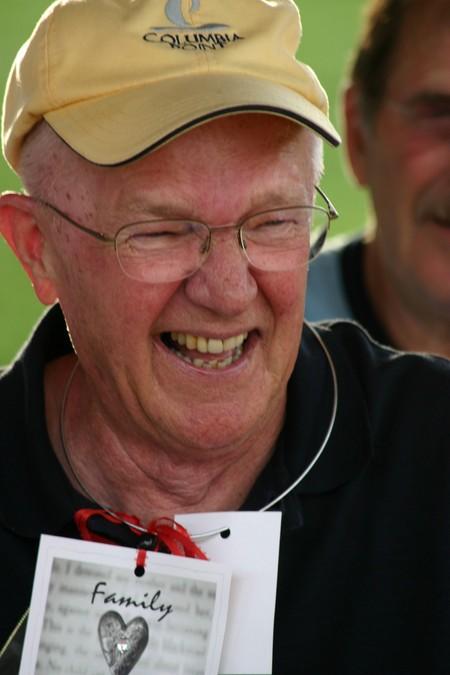 From Vancouver, WA, US | Born in Syracuse, NY

Robert L. Smart, Sr. left our world all too early June 6, 2008. Comforting him in his last hours was his family. Bob was born on June 8, 1937 to Louis and Eleanor Smart in Syracuse, New York. He proudly joined the United States Navy at the age of 17 to serve his country, and in 1957 he married Mary Ann Miller, daughter of Charles and Effie Miller, at Saint Mary's of the Lake Church in Skaneateles, New York. Bob and Mary Ann would celebrate their 51st wedding anniversary this month, and in their 'semiretirement' had the opportunity to travel together enjoying learning about different cultures and cities.

In the last 24 years Bob enjoyed working as a part owner and Executive Vice President of GDI Distributing in Portland, Oregon. Prior to GDI Distributing, Bob developed and operated R.L. Smart, Inc., Realtors in the Tri-Cities, Washington. It was in this business that Bob made many long and enduring friendships.

His family was his greatest source of pride.

Bob is survived by his wife Mary Ann and his four children: Robert and Sharon Smart Jr. of Boise, Idaho; Christopher Smart of Fort Lauderdale, Florida; Jennifer and Ken Altena of Seattle; and Jeff and Dani Smart of Richland, Washington. He was so pleased to see his grandchildren and great-grandchildren before his passing. Grandchildren include: from Bob Jr.'s family, James, Melissa and great-grandson Alexander, and Kaitlynn and great-grandson Mason; from Jennifer's family, David and Kathryn; and from Jeff's family, Rebecca, andJeffrey Jr., Zach, Mary, and Shea; as well as many beloved nieces and nephews across the country.

In lieu of flowers, the family respectfully suggests that donations to the American Cancer Center be considered. Visitation starting at 5:00 PM with a Rosary service at Einan's Funeral Home, Wednesday, June 11 at 7:00 p.m. Holy Mass will be said at Parish of the Holy Spirit in Kennewick on Thursday, June 12 at 10:00 a.m.