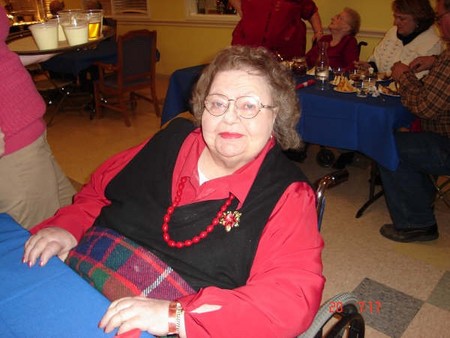 From Richland, WA, US | Born in Tillamook, OR

Margaret Geraldine "Jeri" Burcham was born on November 22, 1925, in Tillamook, Oregon, the first child of Everett and Esther Burcham . Three siblings were eventually added to the family, Eugene, Virginia, and Dorothy. Jeri graduated from Medical Lake High School in 1943 as valedictorian of her class. Margaret married Leonard "Lee" Gray on December 26, 1945, in Medford, Oregon, and they lived in Trinidad then Pueblo, Colorado, returning to Washington in 1957. They raised three daughters, Sharon Belle, Bonnie Juanel, and Sandra Jean. Mom cherished her role as wife and mother. She was active in the churches of Christ and maintained a keen interest in the Lord's work until her death. Over the years she worshipped with the Northside, Valley and Colbert congregations. She was also active in politics and served several years as a Precinct Committee Chairwoman for the Republican Party. She was involved in Girl Scouts and Camp Fire Girls, and PTA.

Lee died of cancer in 1985, and Jeri lived in their home until 2006. She lived at Royal Park Care Center in Spokane for a year, and then at Richland Rehabilitation Center in Richland, WA. She passed away there on July 3, 2008, from complications following a pulmonary embolism. A memorial service will be held Wednesday, July 9th, 3:00 p.m. at Richland Church of Christ 933 Thayer across Thayer from Richland High School, Richland, WA 99352 ph: 509-946-1658