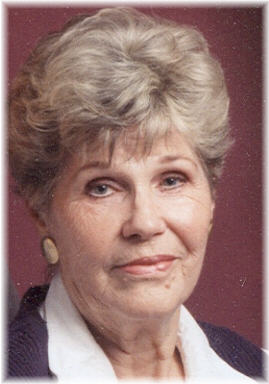 From Richland, WA, US | Born in Beloit, Kansas

Ethel Montgomery, age 86, passed away Friday morning, the first day of a spring, after a brief illness.

Ethel was born December 12, 1922, in Beloit, Kansas to Charles and Viva Cassey Todd. Her family moved to Washington State in 1926, where she lived in Kent and Puyallup before moving to Selah at age 16. Ethel grew up on a family farm during difficult Depression times and was used to a hard work, no-frills existence, with close ties to family and church that continued to the present.

She graduated from Selah high school in 1940 and Yakima Business College in 1942. She then worked at the Artificial Ice Company in Yakima, marrying Joe Montgomery on July 8, 1946, shortly after his return from navy service in WWII. This began a deep and loving marriage that continued for 54 years until his death in 2000. Early-on, she continued working to help Joe complete his education in electronics. She then remained at home to take care of their two children, Joe and Janice. In 1967 she began working for Battelle PNNL as an executive secretary in the mathematics group, where she stayed for 11 years. When Joe began a job assignment in California, Ethel studied for her real estate license and worked as a realtor in the Mission Viejo area, and later in the Tri-Cities, after returning in 1982. She retired to her "garden of weedin'" in 1986.

Ethel was an extremely kind-hearted woman, devoted to her husband, children, other family members and friends. She was always modest about her personal accomplishments and talents, although she was very intelligent, with a deep knowledge and understanding of the Bible and a wide-ranging knowledge of current events. She was a lifelong member of the Church of Christ. She loved gardening, especially her roses, and continued working in the yard and garden until hip replacement surgery last fall forced her to rest and recuperate. She was generous in giving her time and resources to anyone in need. Ethel dearly loved animals and doted on her cats, most recently Wilson and Murphy.

Ethel was preceded in death by her husband Joe, brother Elza, and sister Florine Henry. She is survived by sisters Charlotte Cowell Kennewick, Doris Cook Seal Beach, CA and Marilyn Shaw Woodinville; as well as her son Joe, daughter Janice Lynch, daughter-in-law Cathy Montgomery and son-in-law Phil Lynch all in the Tri-Cities. She is also survived by numerous nieces and nephews, grandchildren Joe King, Ketra Isaacson and Whitney Swenson; and great-grandchildren Jaden, Jasen and Jaelyn King.

Ethel requested that donations in her memory be made to the Benton-Franklin Human Society, 8620 W. Gage Blvd, Kennewick. Viewing will be at Memories at Sunset Event Center, on the grounds of Sunset Memorial Gardens in Richland, from 8 am until 1 pm, Thursday, March 26, followed by a graveside service at 2 pm. A memorial service will be held at the Kennewick Church of Christ, 3926 W. Kennewick Ave., at 3 pm.