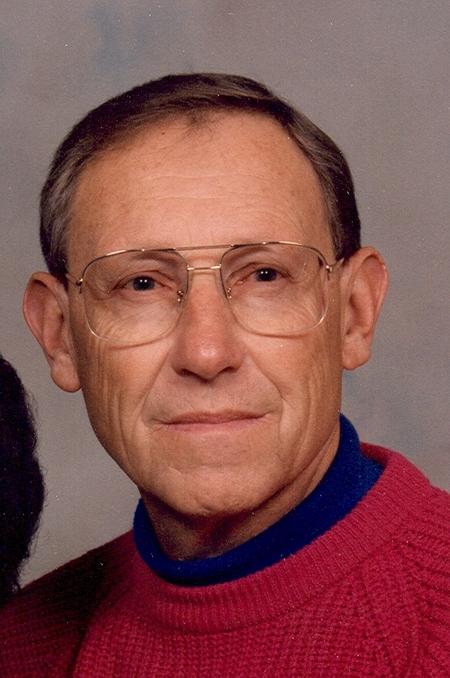 From Richland, WA, US | Born in Shelby, Montana

John F. Conley passed away on Friday, April 17th, 2009, at his home in Richland, Washington at the age of 75. His entire family was at his side when he left to rejoin his Father in Heaven. John was born in Shelby, Montana on January 13, 1934, to Bertha and Albert Conley. The youngest of three children. He grew up in Whitefish, Montana, where John had a happy and carefree childhood. As a young boy, John would often spend all day at the movies for the price of one ticket, sweet-talking to the ticket window with all the enthusiasm he could muster.

In Whitefish, he loved playing war games in the vacant lots and especially down at Whitefish Lake with all his childhood buddies, Don Slaybaugh, Wally Winslow, Joe Bucarriza, Don Lamberson, Chuck Lindlief. He attended Whitefish High School and was a lettered in Track and Football and became an accomplished trumpet player. After graduating from Whitefish High School in 1951, he attended Montana State University, University of Washington and the University of Montana, graduating with a degree in Chemistry. Also, while attending the University of Montana, John joined the Air Force ROTC and received a commission as a 2nd Lieutenant. He later received his MBA from the University of Washington and became an ardent Husky fan that wore the purple and gold proudly.

During his commission in the Air Force, Lieutenant Conley qualified to be an Electronic Counter Measures Officer aboard the mighty B-52 Bomber where he flew nuclear deterrent missions to maintain our 24 hour nuclear presence in defense of our country. After he served in the Air Force, he joined the Air National Guard where he rose to the rank of Lt. Colonel before retiring.

John came from Whitefish to work in Richland on the Hanford Project in the late summer of 1963. He first worked at the N Reactor, then the Plutonium Finishing Plant. In 1967 he went to work for Battelle Northwest beginning in the Human Resource Department where later he became the Manager of Human Resources. He retired from Battelle in 1993. John was a long time member of Richland Lutheran Church, teaching high school classes, serving on various committees and as the President of the Congregation.

John had a lifelong passion for trains. His father Albert, brother Martin worked for the Great Northern Railroad. Family and friends rewarded him with train decorations to place on the family Christmas tree. Later in life, this passion was fueled with getting rides from friends in the locomotive on short hops in the Whitefish area or tracking down old abandoned rail lines in northern Idaho, Montana and Washington. One trip, in particular, he and Marv Clement tracked into the old Cascade Tunnel, where he marveled at all the old steam engines that must have passed through the tunnel. He shared his love of trains with his grandchildren, as well, taking them down to the Hump Yard in Pasco and watching the boxcars disconnect from one train, just to be re-joined to another.

John was also a great fan of baseball, where he met many long time friends. He served on the boards for the Richland American Little League, Pony League, Colt League, and American Legion Baseball. His fondest baseball memories were coaching with CJ Mitchell and Ed Winston. John was often heard encouraging the players saying they were a " smooth working machine. ". He spent many springs and summers watching games with Frank Devine, Lyle Mudge, Bill Compton and CJ. Those were great days.

Funeral services will be held on Sunday, April 26, 2009, at 1:30 p.m. at Richland Lutheran Church to remember and celebrate John's life with a reception to following the service. 901 Van Giesen, Richland, Washington, 99352.

In lieu of flowers, donations may be made to the charitable organization of your choice. Express your thoughts and memories in the online guestbook at www.einansfuneralhome.com

Our family wants to acknowledge a special thank you to the Hospice at the Chaplaincy, for guiding us through Dad's final journey on this earth. Your love and dedication is greatly appreciated. Sincerely, the Conley's and the Conrad's.