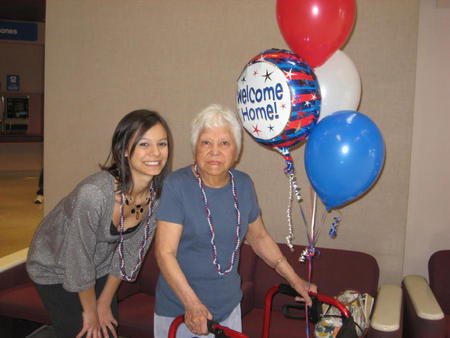 From Kennewick, WA, US | Born in Port Arthur, Texas

Celia Chulos, 83, a resident for 43 years in the Tri-City area, passed away on May 24, 2009 at the Richland Rehabilitation Center with her children by her side. She was born May 5, 1926 in Port Arthur, Texas. She was raised in a Catholic Orphanage in Texas from the ages 2-15.

At the age of 15 she went to live with her oldest sister in Eagle Pass, Texas and graduated from high school there. Celia then moved to Sacramento, CA where she met her future and life long husband, Leo Chulos. They married in Reno, NV when she was 21 years old and were married for 60 years until Leo's death in 2007.

She loved traveling the world with her husband and children, living in such places as Hawaii, Japan, California and finally settling in Richland, WA in 1966. Celia was a proud Navy wife. During her stay here in the Tri-Cities she became a member of the King of Kings Lutheran Church.

The greatest joys of Celia's life are her two children, her six grandchildren and her one great grandson.

We love you so much Mom and we will miss you everyday until we see you again.

A graveside service will be held on Friday, May 29, 2009 at 3:00pm at Sunset Memorial Gardens, in Richland.