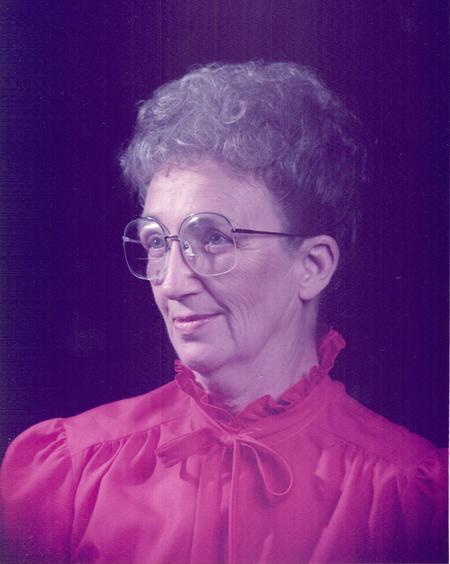 From Yelm, WA, US | Born in Nashville, TN

Ethelyne "Colie" Turner, 91, of Yelm, WA, passed away on May 31, 2009. She was born on September 2, 1917 in Tennessee. Colie was raised on a farm with four brothers and two sisters. The family moved to Tulsa, OK and she graduated from Central High School in 1937.

She worked at Kress in Tulsa and married John Turner in 1941 in Virginia. They moved to San Francisco, CA where John worked at the Naval Shipyards until moving permanently to Richland, WA in 1954. Upon their stay in Richland they raised their children and watched their grandchildren and great-grandchildren grow. Her home became a second home for many of her children's friends who called her "Mom Turner".

Colie was very much involved in the community. She was a deacon, Sunday School teacher, and fellowship sponsor for Westside United Protestant Church. She was also a Girl Scout Leader; volunteered at the Richland Food Bank, loved playing cards several times a week with her friends, and enjoyed traveling.

She was an accomplished seamstress for not only her family but any doll in need of a wardrobe. Her crocheting, knitting, quilting and crafts always received ribbons at the fairs in Benton/Franklin County and Walla Walla. Colie was extremely proud of her participation with the Westside Walkers and their providing a bench near Leslie Groves Park. Family and friends remember her as being no more than an arm's length away from a dish of M&Ms.

One of her prized possessions was her collection of over 1000 angels that she collected on trips and that were given to her by her many friends. To her family she was the best angel of all.

She was preceded in death by her husband, John Turner.

A memorial service will take place at Westside United Protestant Church in Richland on Friday, June 5, 2009 at 2:00pm. Visitation will take place on Thursday, June 4, 2009 from 5:00-8:00pm at Einan's Funeral Home, Richland, WA.