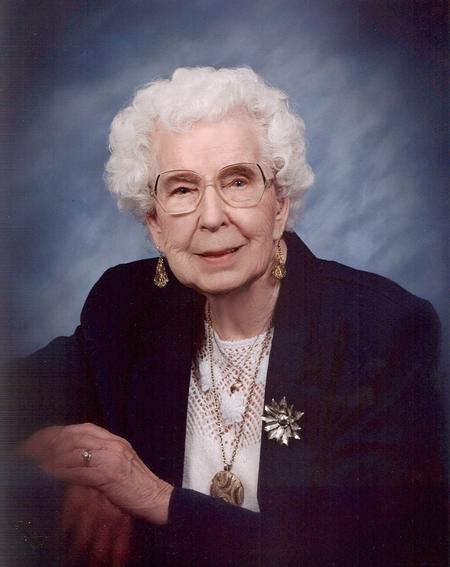 From Kennewick, WA, US | Born in Lexington, NE

Irene Marie Wright was born to Johan Christian and Anna Christina Fischlein on June 24, 1910, in Lexington, Nebraska, not long after her parents immigrated from Denmark. She was baptized as an infant in a Lutheran church in Cozad, Nebraska, and she was confirmed into membership at Trinity Lutheran Church of Lexington in 1923.

She attended public schools in Lexington and was graduated from high school in 1929.

Early employment was in a department store where she became assistant manager.

She met the love of her life and was united in marriage with Kermit Wright on August 22, 1937, at Beaver City, Nebraska. In 1941 they moved to Denver, CO, where they were both employed by Remington Arms. Irene was a shell casing inspector. Kermit entered the U.S. Navy in 1943 and was stationed in Seattle, WA, where Irene joined him to live and work while Kermit served for three years as a Navy medical corpsman until his discharge in 1946.

The Wrights moved to Richland for employment on the Hanford Project. Irene was a laboratory technician for General Electric for ten years. While her beloved husband Kermit was nicknamed Tiger by his co-workers at Hanford, she was Irene to most who knew her, but her family of nieces and nephews affectionately called her Ikie. Although they had no biological children, they loved kids and were pleased to serve as foster parents to a few of the lucky ones who needed a great home.

They joined Redeemer Lutheran Church in 1948 where Irene became very active in serving her Lord through the Lutheran Womens Missionary League, the Altar Guild, Good Cheer, and in many ways so appreciated by members and friends of Redeemers congregation. She and Kermit were beloved by all and served freely and graciously into their latter years.

They loved fishing and gardening together. Irene crocheted many afghans for friends and needy ones and both she and Kermit enjoyed endless hours of duplicate and party bridge games. They served as hosts of the bridge group at the Richland Community Center for many years.

Irene was preceded in death by her parents, two sisters, one brother, and her husband Kermit. She is survived by nieces and nephews and their families who live in many areas of the country.

Einans Funeral Home of Richland is in charge of funeral arrangements. Open casket viewing will be on Monday, May 11, from 5:00 to 8:00 PM. Graveside services and burial will be at Sunset Memorial Gardens on Tuesday, May 12, at 10:00 AM followed by a memorial worship service at Redeemer Lutheran Church, 520 Thayer Drive, Richland, at 11:00 AM. In lieu of flowers it is requested that memorial remembrances may be made to Redeemer Lutheran Church or a charity of your choice.