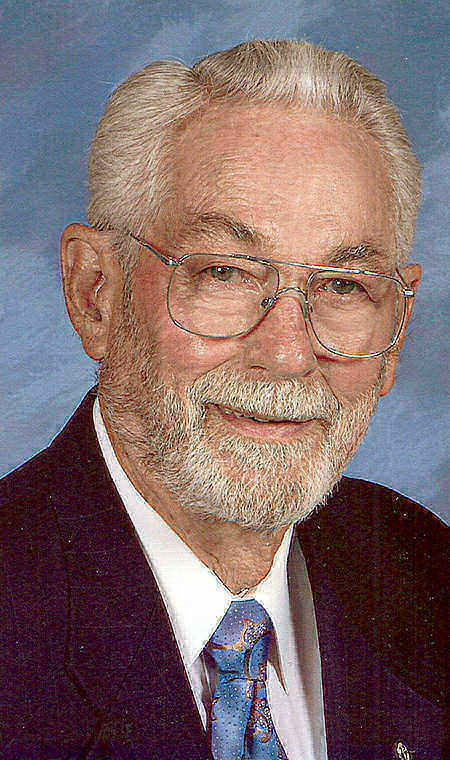 From Richland, WA, US | Born in Suprior, AZ

Raymond E. "Bud" Isaacson, 81, of Richland WA died May 4, 2009. Ray was born April 21, 1928, in Superior, Arizona to Ina and Eric Isaacson. Four years after his father's death in 1932, Ina took her three children and moved to Rochester, Washington to be near her brother in law, John. Ray graduated class valedictorian from Rochester High School in 1946 and later graduated from University of Washington with a BS in Chemical Engineering.

He married his high school sweetheart, Evelyn Fagerness on September 4, 1950 and began work in Richland with General Electric in 1951. Between 1952 and 1960 four children were born to Ray and Evelyn Erick, Vince, Wanda and Carl. The family moved to Trumbull, Connecticut in 1965 to continue Ray's work with GE. They returned to Richland in 1968. Ray continued his work at Hanford with Atlantic Richfield Hanford and Rockwell Hanford until his retirement in 1985. During his career, Ray received three patents.

Ray served the 8th District as a Washington State Legislator from 1978 to 1987 and then served as a Benton County Commissioner from 1987 to 1997. Over the years he also served on numerous district Boards, state and county committees and associations. He also served as chairman of the Advisory Committee of the Salvation Army and as a deacon at Richland Lutheran Church. He was a member of Richland Lutheran Church and the Richland Kiwanis Club. In his final years, Ray greatly enjoyed his time on the golf course with family and friends.

Ray was preceded in death by his parents, sister, Evelyn and daughter-in -law, Jill Isaacson.

The family would like to express their gratefulness to Dr. Hunsaker, all those who cared for Ray while at Hospice and Pastor William Martens. In lieu of flowers, donations may be made to the Salvation Army 1219 Thayer Drive, Richland WA 99352, Good News Media of Richland Lutheran Church 901 Van Giesen Blvd, Richland WA 99354 or the charity of your choice in memory of Ray.

Interment will be Wednesday May 6, 2009 at 1 pm at Sunset Memorial Garden. A memorial service will follow at Richland Lutheran Church at 2 pm. Visitation will be held at Einan's Funeral Home Tuesday, May 5, 2009 from 5:00pm-8:00pm.