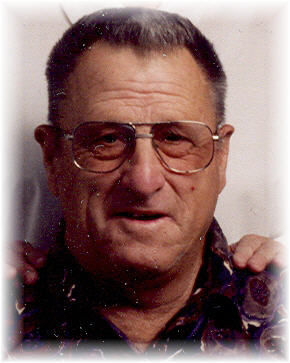 From Kennewick, WA, US | Born in Abilene, Kansas

Roy Eldon Rube, age 73, a devoted husband, father, friend and grandfather, passed away peacefully at home with his family May 23, 2009 after a long battle with diabetes and colon cancer. He gave a good fight. Roy was born June 10, 1935 in Abilene, KS to Everett and Thelma Meyers.

He retired on February 28, 1987 as a Hydrologic Technician after serving 34 years with the U.S. Bureau of Reclamation.

Roy started his federal career with the Forest Service in Whitefish, Montana in 1953. In 1954 he started working for the Bureau of Reclamation on the Yakima Project Kennewick Field Division, as an Engineering Aide. In 1957 he transferred to the Columbia Basin Project, engineering and construction division in Mesa. Roy worked on surveys out of Warden in 1959, Mesa in 1960, Othello in 1964, and he performed on the third powerhouse at Grand Coulee Dam in 1967. Roy transferred to drainage field investigations in Mesa in 1970. In 1984, the Mesa field investigations office was moved to Othello.

Roy enjoyed talking on his ham radio, his call sign was KD7VBQ; fishing and camping, wrestling, and had a large collection of caps and eagles. He was a big fan of the Mariners. He will be missed by all who knew him, especially Lexi the faithful family dog.

The family would like to thank the Tri-Cities Chaplaincy Hospice House.