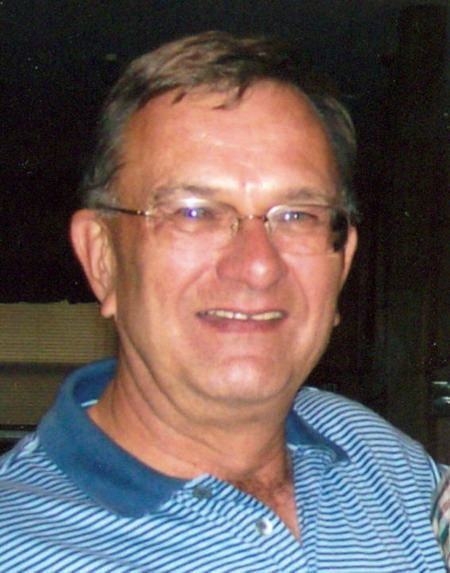 From Pasco, WA, US | Born in Alliance, NE

David Rex McLaughlin, born November 26, 1949 in Alliance, NE to Theodore and Hazel McLaughlin, returned to the loving arms of our Heavenly Father on October 17, 2009. He passed away at home surrounded by his family; he was taken away from us too soon.

David was a wonderful and loving husband of Deanna for 33 years. He was a dear brother, proud father and grandpa papa. David had touched so many lives with his compassionate caring and giving ways and was a true friend to all and a hero to his family.

His early childhood was in Summerville, OR, later he moved to La Grande, OR where he graduated from La Grande High School in 1969. At fourteen years old he started to work in the grocery business. Shortly after graduation he moved to California where he managed his own store. He then returned to Oregon in 1976 where he was reunited with his childhood sweetheart, Deanna and began their life together. On his returning to Oregon David worked at Bob's Market in Elgin, Hoff Building Center, Goss Motors and Eastern Oregon Rental in La Grande, OR.

He enjoyed riding his many bikes and finally his Harley Davidson. He was able to tour through Canada, many states and to Sturgis with Deanna and his late father-in-law Woody Kennedy. David found the time to restore his 1966 Mustang. David enjoyed going to car shows and races with his brother Richard. He was an avid Brett Favre, Green Bay Packer fan. David enjoyed competition shooting and was a member of the NRA and of F.O.E. in Kennewick.

David was preceded in death by his father and mother, Theodore and Hazel; brothers, Martin and Jim; his sisters, Rose Marie Roach, Mary Lou Fisher and Susie Martin and his grandson David Eugene Faircloth.

A sincere heartfelt thank you to Star Rental for all the love, prayers and support. Also to Hospice and to our dear neighbors, family and friends during this very emotional time of David's illness.

A memorial service will be held on Sunday, October 25, 2009 at 2:00pm at Memories at Sunset Event Center located in the beautiful grounds of Sunset Memorial Gardens in Richland. Internment will take place at a later date in Summerville, OR.