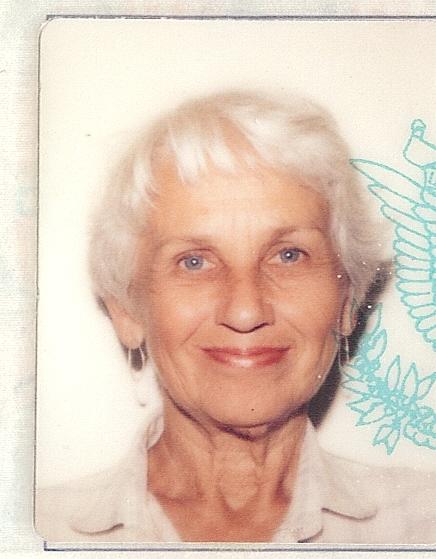 From Richland, WA, US | Born in Salem, OR

Gertrude M. Watson, born in Salem, Oregon on January 16, 1919 and a resident of Richland since 1948, passed away at Kadlec Medical Center on October 5, 2009. She grew up in the Willamette Valley and attended the University Of Oregon School Of Pharmacy prior to World War II. Gertrude was preceded in death by her husband William in 1978. After the death of her husband, Gertrude returned to school, attending Columbia Basin College where she received her Associates Degree while in her 60's. After graduating, Gertrude worked for various contractors at the Hanford Reservation before retiring from Energy Northwest when she was in her early 80's.

Gertrude is survived by her sons, William and Robert, two daughters, Merri Jill and Kim, a granddaughter, Jessica, a grandson, Beau Shane and two great grandsons, Beau Riley and Bradley Scott. In three weeks, she would have had another great grandchild.

Gertrude was well known for her love of animals and her life long rescue efforts to save abandoned kitties. She will be very much missed by not only her loving family, but by all the kitties she has saved and who will no longer have her efforts to continue to help the helpless and abandoned animals who cannot help themselves. In memory of Gertrude and her lifelong caring for animals, the family asks that anyone wishing to do so, please make donations to your local no kill animal rescue associations and the spay and neuter programs to help in the fight to end animal homelessness and abuse.

Graveside services will be held at 11 a.m., Friday, October 9 at Sunset Memorial Gardens in Richland.