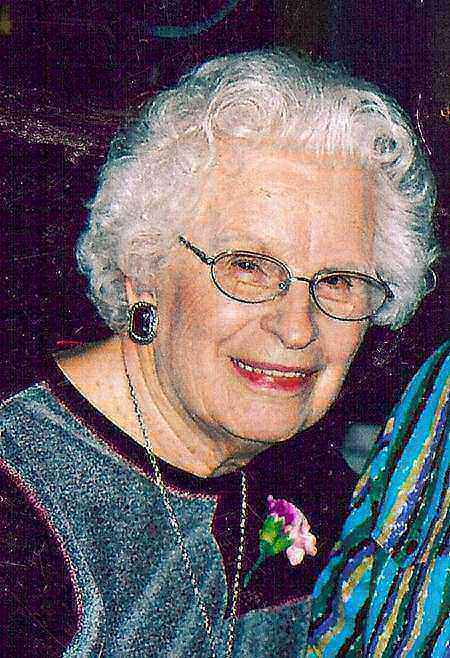 From Kennewick, WA, US | Born in Mohall, North Dakota

Joycelyn "Lyn" Rosler, our beloved mother, and grammy/grandma, passed away and into the loving arms of her Lord and Savior Jesus Christ, on October 7, 2009. She was born in Mohall, ND on May 27, 1924, to Fred and Alice Carbert. She grew up in this close knit small town with many of her cousins and close friends.

Lyn met her first husband, and the father of all six of their children, Wendell E. Watson, at a dance hall in Portland, OR, while he was in the Navy. They later married and moved to Kennewick, WA and started their family. She started working for General Electric and worked there for many years as a key punch operator and continued until she retired in 1982. She met and later married her second husband, Tom Lyons, in 1972, again at a dance. She moved to Benton City, where she and her two youngest children lived on a farm until their divorce in 1976. Her and her two youngest children continue to live in Benton City until the graduation of her youngest daughter from High School in 1981. Later she married Rick Rosler and moved to Kennewick. She then retired in 1982 and enjoyed traveling across the country in their motor home until Rick passed away in 1987. She later met Art Olivier while she was visiting Arizona. He was so smitten that he followed her back to Kennewick, where he stayed and they later married. They were regulars at the senior centers in all three cities, where they danced many afternoons with their friends, and also the Eagles club dancing the night away. During this time they acquired her beloved little dog Mitzi. She loved Mitzi and enjoyed showing her off by pushing her walker all over the place while Mitzi sat in the basket. Art and mom eventually sold their home and moved in Hawthorne Court. They both enjoyed living there, as did Mitzi. She continued living there for another year after Art died in 2005. She moved in with her youngest daughter Kippy for a few months until she moved to Canyon Lakes Rehabilitation Care in Kennewick. She enjoyed the activities there and the Sunday church service with her friends. She was especially happy when she accepted Jesus Christ as her Lord and Savior over a year ago. She was at peace with her impending death because she knew she would be going home and into the arms of Jesus at the time He decided.

She is preceded in death by her parents, Fred and Alice Carbert; her one sister Gina; two of her sons, Randy Watson, and Cory Watson; and her husbands.