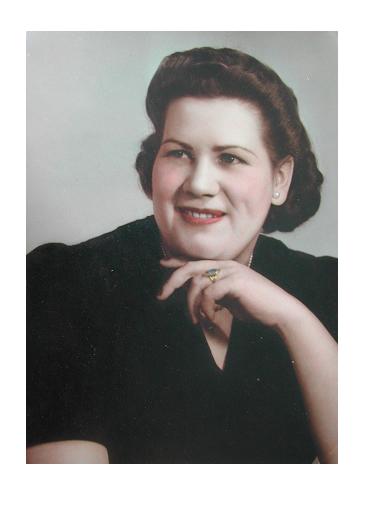 From Richland, WA, US | Born in Glasgow, MT

She was born in Glasgow, Montana, Sept. 14, 1917. Her parents were Frank and Mina Miller. Her father was born in a log cabin, the first non-Indian child born in Glasgow. Rachel grew up studying by kerosene lamp and riding her horse to school. After graduation from Glasgow High School, she moved to Spokane to attend Northwestern Business College and worked at the Spokane Air Depot until moving to the Tri-Cities Richland, Washington to work at the new "atomic plant" at Hanford in 1947. She lived in the women's "dormitory" for 9 years and bought her own war surplus home on Snow Ave, later moving to Humphries Street. She was a strong, independent woman at a time when many women were finding how important this is.

She worked in various clerical and secretarial positions at General Electric and later retired from Battelle. She was very proud of her shorthand and typing skills. She was active in the Business and Professional Women's' Association – BPW, bowling leagues and the Community United Protestant Church.

Rachel never married, but loved to travel, especially with her mother, on many train, plane and road trips to national parks in the US and Canada and to visit relatives in California, Oklahoma, and Missouri. Her life spanned silent movies to Star Wars, stenos to word processors, and travel by horse and train to 747's. She was a person of convictions and sincerity and never forgot her farm, ranch, and pioneer heritage. She was one of the last of a special generation that saw World Wars, the Great Depression, and suffrage to Equal Rights.

Rachel is survived by her four nephews and their children: Tom and Patti Miller of Richland – nephew Robert of Richland and niece April in Arizona; Jim Miller and Jan Monti of Seattle and niece Jennifer of Nevada; Donnie and Jennie Miller of Williston, ND and their children; and Billy Miller of California and his family. She was preceded by her loving brothers – Bill, Edward Turk, and Donald Tobe all of Glasgow and all former US Navy veterans. She is lovingly remembered for her kindness and wonderful cards for birthdays and Christmas with little notes, often with "sorry this is late," and always 'something extra.' Rachel – you were something extra, too.

Einan's Funeral Home, Richland, is in charge of arrangements for a 1PM, Friday Oct. 16 internment service at Sunset Memorial Gardens in Richland. Her nephews are all honorary pall bearers. Any remembrances may be sent to Richland Rehabilitation Center for a Patient's Fund in Rachel's name.