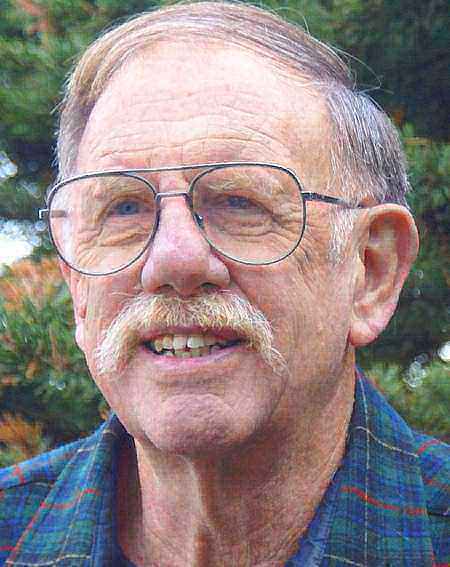 From Richland, WA, US | Born in New York, New York

Richard Anderson Craig was born August 9, 1936 in New York City, NY, the eldest child of Richard and Kathryn Prestinari Craig. Dick was released from his pain and passed away October 8, 2009 in his home surrounded by his family and his two beloved yellow Labrador Retrievers.

Dick was a modern renaissance man. He was an award-winning physicist and inventor, champion athlete, fisherman, hunter, horseman, and pilot. He never met a problem that could not be solved by science, ingenuity, hard work and/or a cement mixer.

Dick was a graduate of the University of Illinois with a B.S.E in Engineering Physics in 1959, an M.S. in Physics in 1960, and a PhD in 1966 where he studied solid state physics with distinction under Nobel Prize winner John Bardeen. He was a member of the American Physical Society and Sigma Xi.

Early in his career, Dick taught at the University of Oregon, University of California – Riverside, and Oregon State University. He went on to work at Battelle Memorial Institute in Columbus Ohio and later transferred to the Department of Energy's Pacific Northwest National Laboratory in Richland, Washington. After retirement from Battelle, he worked as a consultant for NucSafe, Inc. in Tennessee.

In 1999, he was an R&D 100 Award winner and Federal Laboratory Consortium Award winner for the development of lightweight, flexible neutron and gamma sensitive glass fibers called PUMA that can be used for a variety of applications including environmental restoration, nonproliferation, homeland security applications, and cancer treatment. PUMA was licensed to NucSafe, Inc. for production of instruments sold worldwide. He also was awarded several patents in the U.S. and Great Britain.

In 2001, Dick was awarded the Discover Magazine / Christopher Columbus Foundation Award for the Timed Neutron Detector TND. This innovative mine detector can locate buried explosive devices regardless of whether they are encased in metals or plastics by detecting the presence of hydrogen atoms in the plastic or the explosive itself. The TND was designed to be low cost and be used with little or no training, making it accessible and useable by the local people in areas where it is needed most.

While an undergraduate at Illinois, Dick was asked to the spring formal by the lovely Margaret "Nancy" Reilly. They were married the next year and celebrated their 51st anniversary this past winter. Throughout their lives together, Dick and Nancy took to the road for adventure, driving to most of the lower 48 going camping, fishing, hunting, and participating in regattas.

Dick and Nancy raised four strong-willed, intelligent daughters in his "renaissance" mold. Dick, "Daddy" to his girls, pushed his daughters to explore the opportunities available to young women of the late 20th century, with three of them competing in athletics at the university level and all four earning college degrees.

The cement mixer was at the center of many "family-bonding" spring and summer projects as the girls were growing up. Sometimes it was the same project two years in a row, with all the girls learning how to use a jack hammer in the interim. On long Memorial Day weekends, it was made even more enjoyable because Dick insisted that the family listen to the Indianapolis 500 on the radio. In 1987, three of Dick and Nancy's daughters decided to get married all in the span of six months. Dick thought the best present which he could give to each of his daughters and new sons-in-law would be a cement mixer. This one time, Nancy over-ruled him and the girls were all very grateful.

Dick began his sports career as a novice club rower at Oregon State University. He bought his own racing shell and soon began competing in regattas around the country. In 1986 he won the National's Masters Rowing Championship at Green Lake in Seattle Washington to the chants of his family yelling "Go Daddy Go!"

Dick was an avid fisherman and hunter. With his fishing/hunting/bs-ing buddy of 40 plus years, Dr. Lloyd Dolby, Dick would traipse through the countryside or float down the river in his homemade McKenzie riverboat bringing home more ducks, pheasants, quail, deer, elk, trout, or salmon than his family ever really appreciated. His other frequent companions throughout the hunting season were his loyal and loved yellow labs: Snow, Bairn, Beau, Bart and Freddie. Dick earned his honorary title of "Grandpa Duck".

After getting their four daughters through college and successfully married off, Dick and Nancy finally felt a little more comfortable financially. So Dick took up horseback riding. He was not a natural. But again, he applied himself with determination and eventually became an adequate horseman. He used his new talent to go big game hunting in Wyoming bringing home a beautiful trophy elk most years.

Memorial mass will be held at Christ the King Church in Richland on Tuesday, October 13, 2009 at 10:30 am with a reception to follow in the gathering space at the church.

In lieu of flowers, donations can be made in Dick's name to Duck's Unlimited, the Northwest Sarcoma Foundation or KPLU