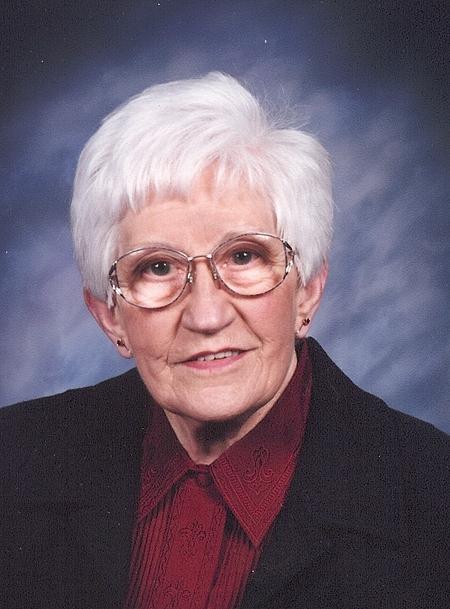 From Richland, WA, US | Born in La Junta, CO

Roberta Lee Bush passed away on January 15, 2010 in Richland, W A. She was born July 28, 1923 to Jennie and Carl Warren in La Junta, CO. The family moved to Lamar, CO in 1925 where they remained until 1930. After Roberta completed first grade, the family then moved to Albuquerque, NM where Roberta attended Albuquerque public schools and the University of New Mexico. She graduated in 1943 with a Bachelor of Science degree in Chemistry, Mathematics and Biology. As part of her biology studies, she worked in a campus laboratory for the United States Indian Service. Her work for the Indian Service took her to Ft. Defiance, AZ and a position in the Navajo Medical Center laboratory.

A desire to work in the field of Chemistry led Roberta to take a position at Dow Chemical Company in Midland, MI where she worked in the Cellular Division. She met Spencer Bush there when he returned to the laboratory where he worked before the war. They married in 1948 and lived in Ann Arbor, MI until Spencer completed his PhD in 1953. Their first son David Spencer was born in 1949. The family relocated to Richland, WA in 1953 when Spencer accepted a position with General Electric. Their second son Carl Edward was born in 1957.

When the Joint Center for Graduate Studies offered a course in Library Science, Roberta went back to school. She attended classes in Richland and took two summer courses at the University of Washington in Seattle. She received her Masters degree in Librarianship in 1965. The following year, Roberta accepted a position at the Hanford Technical Library working in the reference and cataloging departments; she remained there until her retirement in the spring of 1992. After retirement she joined the Kadlec Hospital Auxiliary working in the library a couple of hours a week. She went on to serve as president of the Auxiliary from 1999-2001 and also worked in other departments.

Roberta was a member of Westside Church for many years where she also taught Sunday school in the children's department. Roberta spent several years volunteering at the Richland Public Library and served as a member of the Richland Library Board. In addition she had been a member of AAUW American Association of University Women since moving to Richland.

Roberta's hobbies included knitting & sewing, working crossword puzzles, and reading. When her husband was alive she liked working with him in the garden planting and harvesting fruits & vegetables. Roberta also enjoyed cooking which was evident in the many wonderful dishes she prepared.