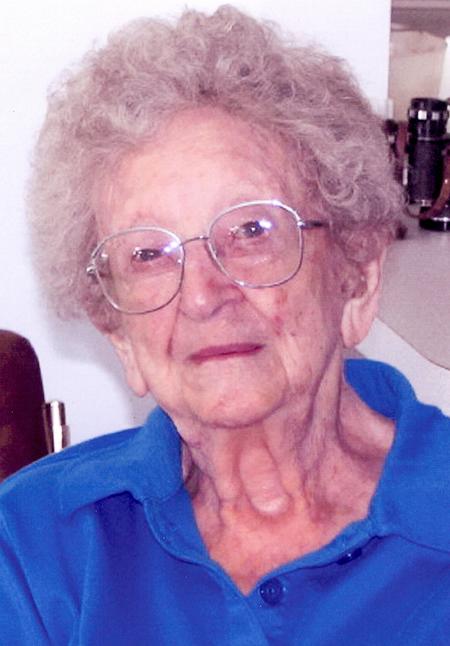 From Richland, WA, US | Born in Fall River, KS

Sarah A. Clark was born Sarah Alice Clogston to Fred W. Clogston and Celia A. Clogston on December 28, 1909, in Fall River, Kansas. As a child she moved with her family from Eastern Kansas, first to Western Kansas and then to Colorado, Washington, Eastern Oregon and finally to the Rogue Valley in Southern Oregon, eventually finding a climate where both her parents could live. She ran a family farm there for over 15 years. She moved to Yakima in 1950 and married Raymond L. Clark on August 24, 1952. In Yakima, Sarah made draperies under contract for Penney's for over 20 years.

Sarah and Ray moved to Richland in June 2001. Sarah died on January 23, 2010. She is pre-deceased by her parents, three brothers, one brother-in-law and four sisters-in-law.

Her husband Raymond, one special niece Celia Dunford and family of Portland survive her, as well as four brothers-in-law and families, Bennett Clark and Walt Clark of Richland, Jack Clark of Kent, Steve Clark of Leavenworth, and sister-in-law Bette Clark and family of Richland. She is also survived by several nieces and nephews in southern Oregon.

Graveside services will be held on Saturday, January 30 at 1:00 p.m. at Prosser's Cemetery at 1601 Paterson Road. In lieu of flowers, please make a memorial contribution to the charity of your choice.