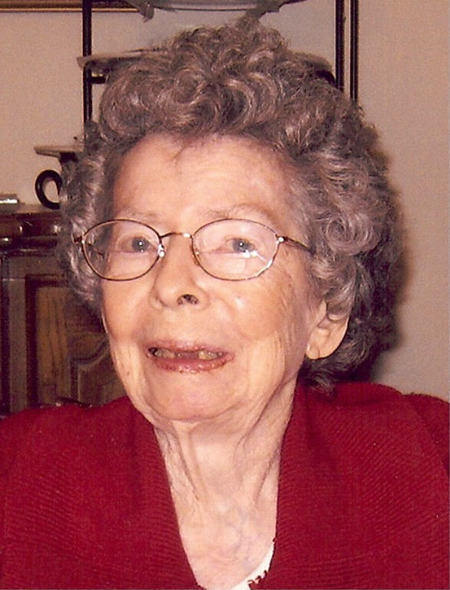 From Kennewick, WA, US | Born in Toledo, Washington

Donna Paglieri, 97, died February 21, 2010 at Tranquility Manor in Kennewick and joined her husband in heaven. She was born in Toledo, Washington April 9, 1912.

After being a housewife and working as a secretary at her husband Nick's advertising agency in Seattle, she moved to Richland in 1966. In Richland she supported Nick's activities in the area's archeology and various conservation issues. After Nick died in 1988 she continued to support various conservation groups such as the Nature Conservancy, Sierra Club and Audubon Society.

Donna was a devoted and beloved wife, mother, mother-in-law, grandparent and friend. She was good-natured and had a gentle personality. Donna also was known for making humorous statements, loved everyone around her and was loved and highly respected by others. She will be missed by both her family and by many others.

Donna's home for the last two years was at Tranquility Manor where the caregivers and associated staff were a real blessing and were very much appreciated by the family. Thank you so much and God bless you all.

Family members surviving are: son, James Paglieri and daughter-in-law Sheryl Paglieri of Richland; grandson, Stephen Paglieri PhD, wife Sandi, and their children Stacia and Brett, all of Denver, Colorado; granddaughter Kathryn Kuskie and husband Colin and their children Peter and Timothy, all of Hillsboro, Oregon.

A memorial service will be held in the chapel at Central United Protestant Church CUP Church in Richland at 2:00 PM Sunday, February 28, 2010.