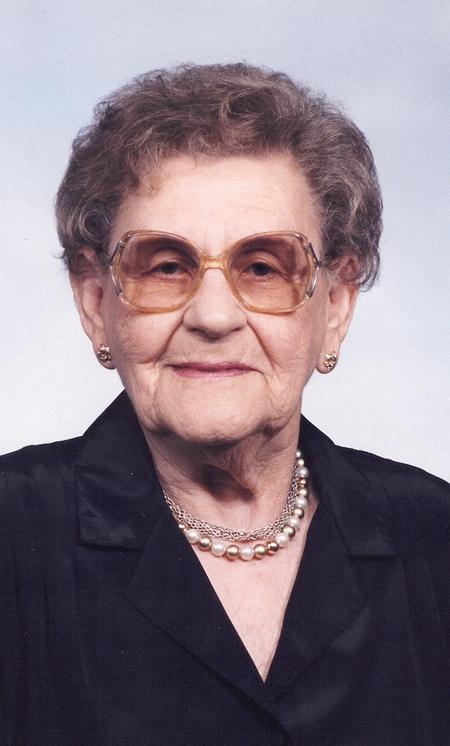 From Benton, City, WA, US | Born in Monte Vista, CO

Wilma Rumley was born January 25, 1919 on a ranch near Monte Vista, Colorado. She passed away on February 24, 2010 at her home in Benton City, Washington. Wilma was the fourth of six children born to Francis Marion and Ester Pearl Rumley. Wilma grew up with her family in various locations in the high prairie area of eastern Colorado. As a youngster, she and her family moved by covered wagon and lived in a soddy as they homesteaded, ranched and farmed. Wilma attended Lone Star and Otis high schools during the Depression.

Wilma met the love of her life, Lacy Levell "Doc" Allen, at a rabbit round up, and they married in Brush, CO in 1937. They moved to Idaho and were blessed with two children: a son Errol Vey and daughter Marian Lee. Relocating several times, the family moved to the Tri-City area in 1946 and to Benton City in 1950.

Wilma worked many different jobs in her life including maid, waitress, wheat rouger, and apple juice processor, however her primary occupation was that of a loving homemaker, mother and grandmother.

Wilma was active with the American Legion Auxiliary Post 115 and was a member of the Benton City First Baptist Church. She especially enjoyed playing cards, camping, elk hunting and celebrating holidays with family and friends. Wilma also enjoyed viewing professional football and baseball from her living room, always helping the officials to make the "right" call for her favorite teams.

Wilma's family offers a special thanks to Kasey Jones and also to the Hospice Chaplaincy for the in-home care they provided.