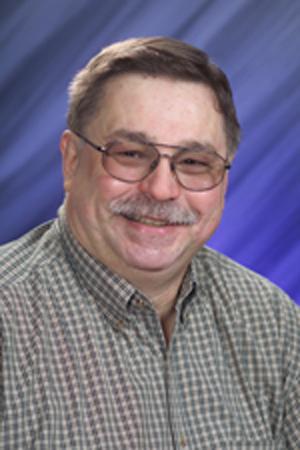 From Kennewick, WA, US | Born in Fort Bragg, NC

Kenneth Krupka 60 passed away on March 25, 2010 after an eight month battle with Pancreatic Cancer. Ken was born on August 4, 1949 in Fort Bragg, North Carolina to John and Louise Krupka.

He attended school in Limestone, Maine graduating from high school in 1967. He graduated from the University of Maine in 1971, from Pennsylvania State University in 1976 with a MS in Geochemistry & Mineralogy, and from Pennsylvania State University with a PHD in Geochemistry & Mineralogy in 1984. He started his career with Pacific Northwest National Laboratory in October of 1980. Professionally, Ken had 30 years of research experience in geochemistry and mineralogy related to radioactive and hazardous wastes at Hanford. He showed a great passion for science which he used to solve complex environmental problems. He made significant contributions to science, enhancing the understanding of radioactive waste forms and associated environmental impacts. Ken was known by his colleagues as an expert in geochemistry and complex mineral systems. In 2009 the Waste Management Conference recognized his achievements by selecting his work for the Best Oral Paper award. The scientific community has benefited from his hard work and dedication.

He loved the outdoors and he and his loving wife Adele, took many ski trips during the winter and enjoyed fishing trips in the summer months. He also enjoyed visiting with his mother and sister who live in Maine. One of his greatest joys was traveling back to Maine where he and his wife fished for small mouth bass and white perch on various lakes in the eastern part of the state.

Playing softball was a favorite activity in his younger years and also with co-workers later on. More recently he spent many hours becoming proficient in digital photography.

He is preceded in death by his father John Krupka and his grandmother Helen Skitko both in 1994.

A memorial service is planned for Monday, April 5, 2010 at 10 a.m. at Einanï¿½s Funeral Home in Richland with a light reception to follow at Memories at Sunset Event Center, 915 By-Pass Highway, Richland.

Those wishing to honor his memory may contribute to Hospice at the Chaplaincy in Kennewick, or Seattle Cancer Care Alliance in Seattle.