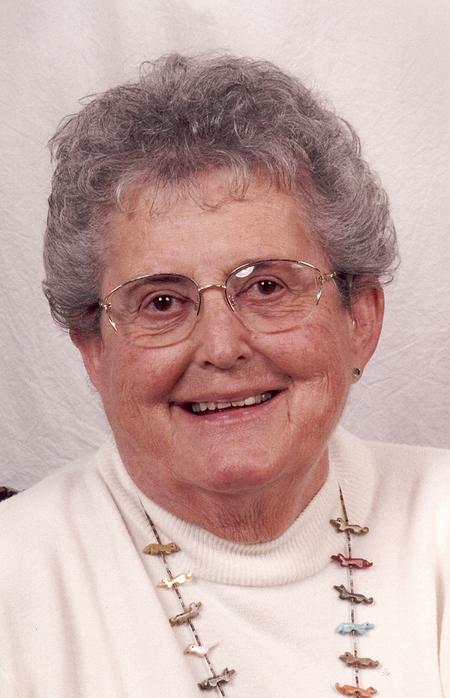 From Richland, WA, US | Born in Maltby, WA

Born on a farm in Maltby, Washington, April 8, 1928, she moved to Seattle as a young girl with her family, and was a member of the last graduating class of Broadway High School in Seattle. She met her future husband, Bill Gerry, on a blind date. They married June 11, 1948.

In 1951 Audrey and Bill moved to Richland. She spent most of her adult life in Richland raising her family, performing volunteer work for the PTA and YWCA, and working part time as a school secretary in the Richland School District. She and Bill returned to the Puget Sound area in 1971 and came back to the Tri-Cities in 1994 to be closer to family. She attended Richland Alliance Church.

She was preceded in death by her husband William Bill Gerry Jr., her mother Josephine Lussier and father Charles Lussier, and numerous relatives on both sides of the family.

Audrey was a charter member of a group of wives and moms who lived in Richland and became inseparable friends. They lived in "alphabet" houses, helped raise each other's kids, took turns gathering at each other's home to socialize for fun and gossip, attended PT A meetings and school functions together, and just generally supported and counted on each other. This group was sometimes called "The Rat Pack."

When the children were young, a favorite way to spend a holiday was camping at the ocean in the family's small travel trailer. Years later, Audrey and Bill hit the road in style in their Alpenlite fifth-wheel trailer, and for several years they lived the lives of snowbirds, spending the winter months in the milder climates of the southwest, and enjoying the camaraderie of fellow travelers. Wherever they ended up on their travels, Audrey made new friends.

Above all, Audrey loved family gatherings. Any excuse to surround herself with her loved ones-holidays, birthdays, more than one kid coming home for the weekend-was cause for celebration. She was the family social director, organizing all the family celebrations.