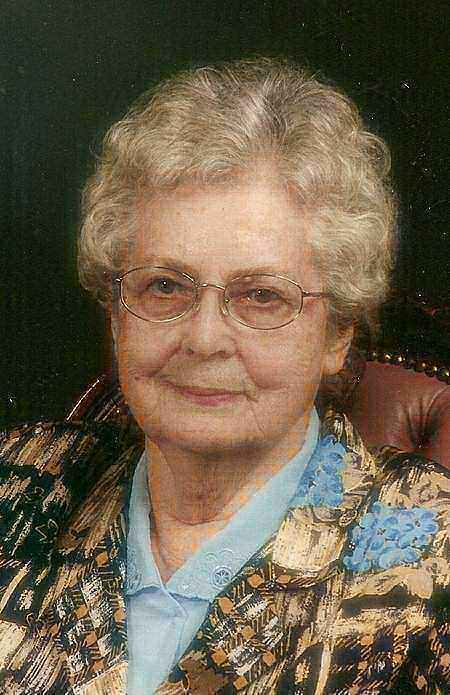 From Richland, WA, US | Born in Ekalaka, MT

Dorothy Meyers, 85, passed away peacefully at the Tri City Chaplaincy Hospice House June 7, 2010. Born to George and Lillian Ludwick in Ekalaka, MT, Dorothy was raised in Ekalaka, MT. After completing school there, she married her childhood sweetheart, Delbert "Del" Meyers, September 26, 1942. Del enlisted in the Army soon afterward, and Dorothy followed him in his service career as much as possible. Soon after Del's discharge from the Army, Del and Dorothy moved their family to Richland, WA where Dorothy ran a day care for 40 years. She cared for hundreds of children through the years, each one cherished by her. She took great pride that many of her grown day care children later brought their own children to her for care.

Dorothy was an active member of Northwest United Protestant Church, serving in many capacities, particularly those that involved the children of the church. Her greatest joy, however, was her children and grandchildren.

Dorothy has spent the last two years in the loving care of the staff of Guardian Angel Homes in Richland to whom the family is very grateful.

Services will be held at Northwest United Church Saturday June 12, 2010 at 11:00 AM, 1312 Sacramento Blvd, Richland, WA. Memorials may be made to Northwest United Protestant Church or the Tri Cities Chaplaincy Hospice House.