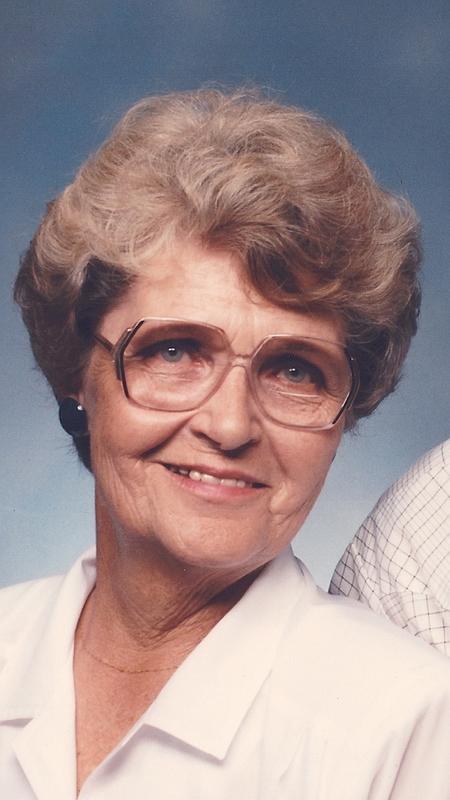 Marie M. Bucklin, 84, beloved Mother, Grandmother, and Great-grandmother passed away peacefully in her sleep the morning of August 7, 2010 at Tri-Cities Chaplaincy Hospice House after a short, but courageous battle with cancer. She will be greatly missed but she is no longer suffering. Marie joins her beloved husband Jim for eternal life.

Marie was born to Frank and Mary Komasinski in Omaha, Nebraska, the only daughter of five children. Marie met her husband Jim through her brother after becoming pen pals and exchanging many letters and pictures. Marie left Omaha by train to meet her future husband in San Diego where they were married in 1945 and the rest is history. Marie and Jim moved to Pasco in 1950 where they raised their five children.

Marie was the matriarch of the family, hosting many holiday meals for her children, grandchildren and great-grandchildren. She thrived in this role and was very proud of her family. Marie was an Independence Day baby and her birthday parties were always memorable. This past 4th of July, almost every grandchild and great-grandchild was able to celebrate her birthday at Chiawana Park. Marie had tears in her eyes as she brought up Jim and said, "look at what we created" She told all of her family how proud she was of each and every one of them.

Marie and Jim were involved with the 22nd Marine Regiment and the 6th Marine Division Associations. They went to numerous reunions all over the country. Marie and Jim's travels took them to most major cities in the United States and to Europe. Marie was the' organizer of the 2004 6th Marine Division reunion in Seattle. Marie continued to honor Jim's legacy after his death by attending the reunions and was looking forward to attending October's reunion in Las Vegas. Marie was a member of Saint Patrick's Church and Our Lady of Lourdes Woman's Auxiliary. She retired from Lamb Weston's quality assurance department in 1984.

Mom- we love you and you will be in our hearts forever.

Memorial contributions may be to Hospice at the Chaplaincy, 2108 W. Entiat Ave., Kennewick, WA 99336.

Special thanks to Marie's Hospice team, especially Kristi and Joan for your loving care the last few weeks of her life.