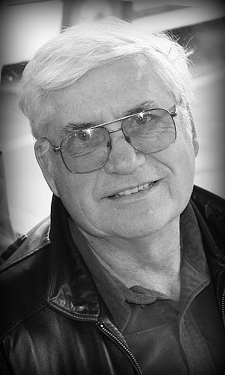 From Kennewick, WA, US | Born in Douglas, AZ

James Lewis Beecroft of Kennewick died Saturday, January 1, 2011 at the age of 78 after a courageous 17-year battle with cancer and ataxia. Funeral services will be held at noon, Saturday, January 8 at the LDS church, 1321 Jadwin Avenue, Richland. Visitation will be held Friday from 6-8 PM at Einan's Funeral Home.

James was born March 18, 1932 in Douglas, Arizona and grew up in Provo, Utah. Later he served in the US Army and was stationed at Camp Hanford where he met Donna Allred at church. Donna and James were married August 25, 1958.

James' professional life was devoted to education. In 1958 he graduated from BYU with a BS in math and physics, in 1968 from OSU with a Master's Degree in math and in 1971 from WSU with a PhD in higher education. After graduation, he taught math, aeronautics and photography at CBC and the Pasco Alternative School. He was also a superintendent of schools. He loved the students he served and he touched many lives. It was through service to mankind that he showed love for his Heavenly Father.

James was a high priest in the LDS church. He served two missions, first as a young man in England and second with his wife in Florida. James established the Deseret Club and the Institute of Religion at CBC. He was a sought-after teacher and preacher of the gospel. Music, people and gospel eachings brought him great happiness.

Legions of earthly angels bore James through life. Thank you Drs. Foss and Burrup for years of tender, efficient care; his many friends for their dependable encouragement and appreciation of his sense of humor; our kind friends at Hospice; and his children and grandchildren who taught him and loved him with all their hearts. Most importantly, thank you to his wife who was his constant companion, support and caregiver, and saw him safely to his rest and eternal joy.