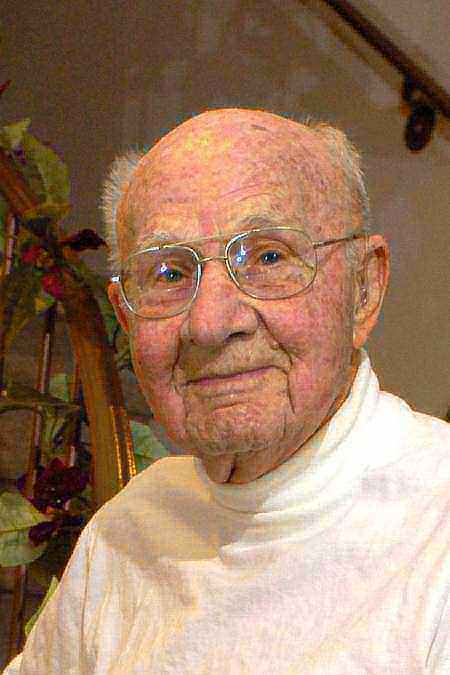 From Richland, WA, US | Born in Sidney, Iowa

Herschel Carl Crose, 98, of Richland passed away peacefully on February 13, 2011, at Kadlec Hospital embraced by three generations of family. He was born in Sidney, Iowa on October 18, 1912. In his early years, Herschel had hoped to enter Greeley Colorado's teaching college to become a coach but ran short of funds to attend. For two years he worked with the local funeral director, assisting with various tasks. In 1936 he enrolled in Williams Institute of Embalming and Mortuary Science in Kansas City, MO and after graduating with honors, he moved to Denver, CO to serve an apprenticeship with Nash Mortuary. He took his state board certification exam in 1938 and in that same year met the love of his life, Marguerite Johnson. They were married March 20, 1938. Needing more income to support his now growing family, Herschel hired on at Remington Arms in Denver to make 30-caliber ammunition. It was here that he heard about a project that DuPont was undertaking in Washington State. This move was the beginning of a very long and productive career on the Hanford Project in the B area, F area, K East and later to the N area for startup procedures there. His last position at Hanford before retiring in 1975 was as a Safety Engineer for Douglas United Nuclear. In addition to his employment at Hanford, Herschel was also a silent partner in a local funeral home in Pasco for several years in the late 50's to early 70's.

Herschel and Marguerite spent summers water skiing and fishing with their children and grandchildren, week-ends at their cabin in High Valley Park. They traveled to the Philippines, Barbados, Granada, took several Caribbean cruises, and several trips across the United States. They wintered in Scottsdale, AZ for 18 years.

Herschel was very active in his community and as a member of the Kiwanis club launched Volunteer Reading, a program in several local elementary schools to connect community reading volunteers with children needing extra reading time. He also volunteered four hours each Friday at CREHST museum, giving tours about life in Richland in the early '40s, and was an active member at Southside Church in Richland.

Herschel was preceded in death by his loving wife of 65 years, Marguerite Johnson Crose. His father and mother, Walton G and Merle Lehr Crose, one sister and three brothers. He is survived by two daughters; Judy Snowhite and husband Rod, of Richland; Jacqui Zwanzig and husband Don of Spokane, WA; and one son, Tom Crose and wife Dessa of Cary, NC. He is also survived by 10 grandchildren, and numerous great-grandchildren.

A private inurnment ceremony for the immediate family is planned for Thursday at Sunset Memorial Gardens in Richland. There will be a memorial service Saturday, February 19, at 2 pm at the Southside Church, 517 Jadwin, Richland, WA. The family requests that in lieu of flowers that a donation be made in Herschel's name to Southside Church, 517 Jadwin, Richland, WA 99352; The Richland Kiwanis Club Scholarship Fund, P.O., Box 1622, Richland, WA 99352 or a charity of your choice.

The family wishes to express their heartfelt thanks to the wonderful, caring ICU staff at Kadlec Hospital. Herschel lived a rich and fulfilling life surrounded by many family and friends. He impressed all who met him with his zest for life, sense of humor and cheerful personality. He will be sorely missed.