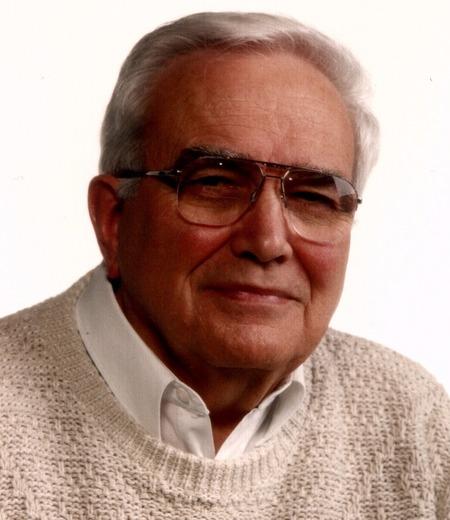 From Richland, WA, US | Born in Ogden, UT

Our dear husband and father passed away on Saturday, February 26, 2011 in Richland, Washington at the age of 89. Kenneth was born December 16, 1921 in Ogden Utah, the eldest son of Russell and Maude Ellen Wheeler.

As a young boy he enjoyed many summers living life in a covered wagon in the mountainous country east of Ogden as his father cared for their large herd of sheep. After the stock market crash of 1929, they lost all their sheep holdings and his father was forced into any odd job just to care for his young family. Dad often said they grew up enjoying the simple pleasures of life hiking and fishing the beautiful Wasatch Mountains, never knowing just how poor they were.

At the young age of twenty, one month after the attack on Pearl Harbor, he enlisted in the Army Air Corps. He quickly passed all the qualifying tests in officer training and in one and a half years rose to a First Lieutenant. He was then made Captain, as well as the Squadron Commander, flying the B17 Bomber on 29 missions over much of Europe and was decorated the Distinguished Flying Cross, the Air Medal with clusters, and the European Campaign Ribbon with five major battle stars.

He married the love of his life, Pauline Owen on June 20, 1950. Early in their married life he obtained a Bachelor of Science in Zoology from the University of Michigan. He then entered a tour of duty within the Air Force for 17 months as an officer in the Korean War. After discharge, he and Pauline headed to Berkeley California, entering Engineering School and obtained a Bachelor of Science in Metallurgy. Two daughters, Jody and Jennifer were born there while attending the University. Their little family then moved to Richland Washington and he joined the Hanford Laboratory as Research Engineer. He obtained a Master's Degree in Materials Science at WSU in Pullman and was then promoted to Senior Engineer with the PNNL. Their two sons Kirk and Darren were added to their family shortly thereafter.

In the early 1970's, Kenneth was a co-recipient of two U.S. patents for his development of porous metal used in bone implants, and was listed as the Who's Who in the West in 1982/1983.

Kenneth was an active member of the Church of Jesus Christ of Latter-day Saints and served faithfully in numerous positions including counselor in the Bishopric as well as devoting many years as a scoutmaster. He and Pauline also served in the Columbia River Temple.

Kenneth is survived by his loving wife of 60 years, Pauline of Richland. Children and spouses are Jody Les Wilson, Pasco; Jennifer Nolan Empey, Mesa; Kirk Wheeler, Seattle; Darren Tamara Wheeler, Maple Valley. He dearly loved all of his thirteen grandchildren and thirteen great-grandchildren. He leaves behind his brothers, Boyd and Dale and his only sister Marilyn McCormick. The family wishes to extend a heart felt thank you to all the staff at the Richland Rehabilitation Center and Eagle Assisted Living, as well as Hospice, for their compassionate care of our father.

A viewing will be held at Einan's Funeral Home on Friday March 4, 2011 from 6-8 pm. There will also be a viewing prior to the funeral services, Saturday from 9-10:30 am at the LDS Keene Building, 3701 Watkins Way West Richland Washington. Funeral Services will be at 11:00.