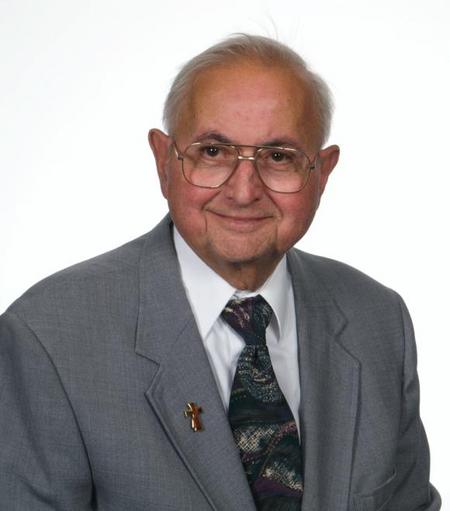 From Richland, WA, US | Born in Brooklyn, NY

Alfred was born in May, 1929; in Brooklyn, NY. He graduated from The College of The City of New York with a Bachelors Degree in Mechanical Engineering. He later received a Master of Science and Engineering Degree from The Catholic University of America.

In 1952, he went to work as a Graduate Engineer at Allis-Chalmers; where he met Dolores Baumann. They were married in May of 1953; in Milwaukee, WI. He continued his career as a United States Naval Officer; where he achieved the rank of Lieutenant. Upon departing the United States Navy, he continued to serve the US Government with the Department of Energy. As a member of the Senior Executive Service, he relocated to Richland, WA in 1976 for the development and construction of the FFTF reactor. After 28 years of government service, Alfred retired in 1989. With that retirement, the Department of Energy's Richland office lost its Deputy Director – known affectionately at Hanford as the "Godfather."

During his retirement, Hanford's "Godfather" turned his eye to a higher cause. Alfred was ordained a Deacon in the Catholic Church Diocese of Yakima. He served God faithfully, contributing too many successful initiatives including, The Tri-Cities Food Bank, Tri-Cities Prep, Benton County Prison Ministry, Volunteers In Police Service, and The Knights of Columbus.

In his service for the Knights of Columbus, which began November 30th, 1958, Deacon Al was a believer in the holiness of every person. He was a strong advocate for holding retreats for the Knights and their families to strengthen family bonds. He was a Faithful Navigator for assembly 1174 in Richland and is a former Master Knight of the Fourth Degree for the Eastern section of the state of WA.

You are invited to sign the online guestbook at www.einansfuneralhome.com.

Donations can be made to Tri-Cities Prep and Tri-Cities area Food Banks.