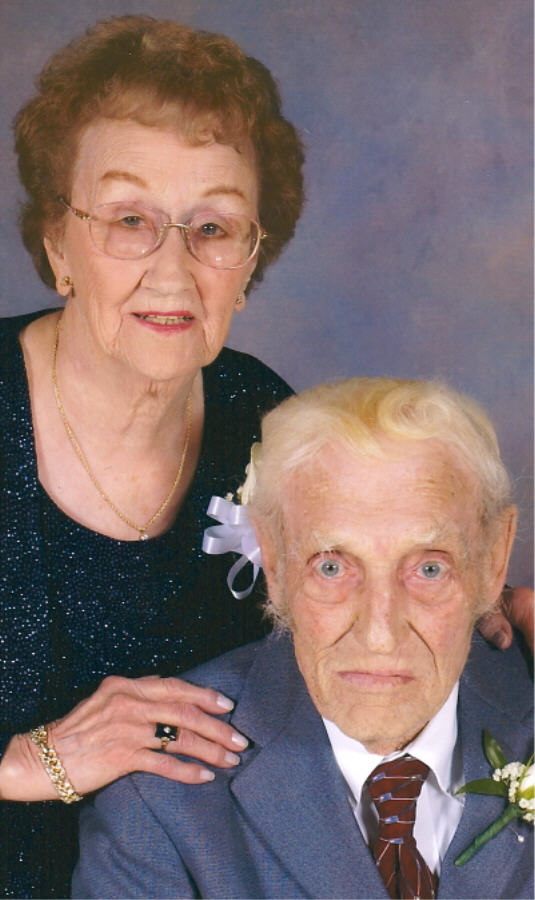 From Richland, WA, US | Born in Skime, MN

Alice B. Knutson Peterson Forever in our Hearts

Alice Bertha Knutson, born in Skime, Minnesota March 28, 1917, passed into eternal life on Saturday April 30, 2011 surrounded by her five remaining children. She was born the fourth of seven children to Edward and Inga Knutson, and spent her formative years on the family farm caring for farm animals, hunting, and trapping. After her formal education she pursued a correspondence course in LPN nursing, which led to employment at Bud Hospital in Roseau, Minnesota. In 1940 she married our dad, Myron Peterson, and they established their home in Badger, Minnesota.

In 1950 they moved to Richland, Washington with their five children, where Myron was employed as a chemical operator at the Hanford project. Their sixth child was born in Richland. Alice was a home maker and enjoyed staying home with her children. Mom & Dad's goal was to provide the opportunity for each of their children to receive a college education. To augment the family income mom returned to school and received her beautician's license. She then opened the Lovely Lady Beauty Salon. After the children completed their education Mom obtained an AA degree from CBC and continued her education at Central Washington University.

Alice had many talents and interests. She was active in the organ club, toastmasters, Richland Lutheran Church circle, and numerous art groups. She was especially gifted in oil painting, and her legacy is in the many paintings she left to her children and grandchildren. Mom continued her artistic interests until she was impaired by Parkinson's disease. Alice & Myron remained active members in Richland Lutheran Church for nearly sixty years, and she last attended worship service on Palm Sunday.

Mom's life revolved around her children and extended family. Recently, one of Mom's greatest joys was playing with her great grandchildren. She was looking forward to the upcoming birth of one more great granddaughter. Mom was a loving, kind, and caring person, and a wonderful role model to each of us. We love and thank you Mom for all that you've given us. We miss you and know someday we'll all be together again.

Alice's great granddaughter Lucy Webster was born with cystic fibrosis. Donations in Alice's name may be made to: www.cff.org/great strides/teamlucy, the National Parkinson's Foundation, or Richland Lutheran Church. The family invites you to sign their online guest book through einansfuneralhome.com. Special thanks to pastors William Martens & Steve Ernst, Dr. Erick Isaacson, and Tri-cities Chaplaincy/hospice.