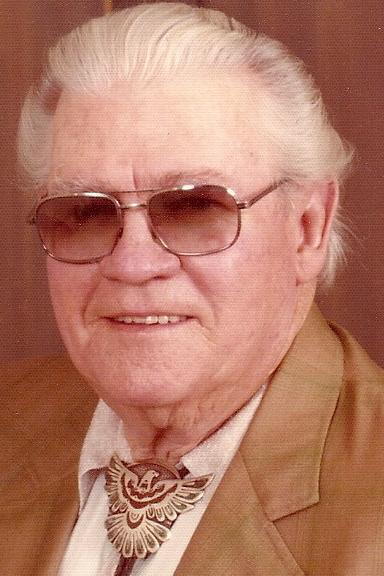 From Kennewick, WA, US | Born in Broken Arrow, OK

Carl Ransdell passed away at Avalon Health Care April 7 of age related illness. He was born in Broken Arrow, Okla. August 30, 1915 and lived in the Tri-Cities area for 28 years.

Carls career started at age 15 in the oil fields of Oklahoma. He was entrepreneurial in spirit and developed his own drilling company, United Drilling. His company provided water and oil drilling services in the Southwestern U.S.

He was in the Navy Seabees during WWII, where he served with honor and was severely wounded in battle.

At age 40 he began a second career with Bechtel as a superintendent. He worked and traveled throughout the U.S. and Canada with Bechtel for over 30 yrs. He developed an affinity for the Tri-Cities area during construction of the FFTF.

For over 40 yrs., Carls primary hobby was flying his own plane. He, along with his wife Fay, enjoyed picking and canning local fruit and vegetables. This was an activity for which Carl regularly recruited all visitors and grandchildren, willing and unwilling.

Carl was proud of his affiliation as a 32nd Degree Mason and Shriner.

Carl and his wife of 51 yrs. retired in the Tri-Cities area so they could near their four youngest grandchildrens Rachael, Ricky, Renae and Raquel Ransdell activities.

For the past 17 yrs., since Fays death, Carl was able to live in at home with the assistance of his son Rick. Neighbors Pat and Jerry Wallace made a major contribution in supporting his needs.

The final 2 yrs. of Carls life were spent living in Avalon Health Care where he and his family received love and support during his physical challenges.

Carl is preceded in death by his wife Fay, sisters Esther Perry and Juanita Harrison, brother Harold, sons Carl A. and John, daughters LaDawn Mourer and Sally Foreman. He is survived by brother-in-law Kelly Harrison, daughter Pauline and her husband Bill Wassermann of Kansas City, son and daughter-in-law Rick and Corinne Ransdell, grandchildren Terry and Randy Mourer, Michael Mathers, and the aforementioned children of Rick and Corinne.