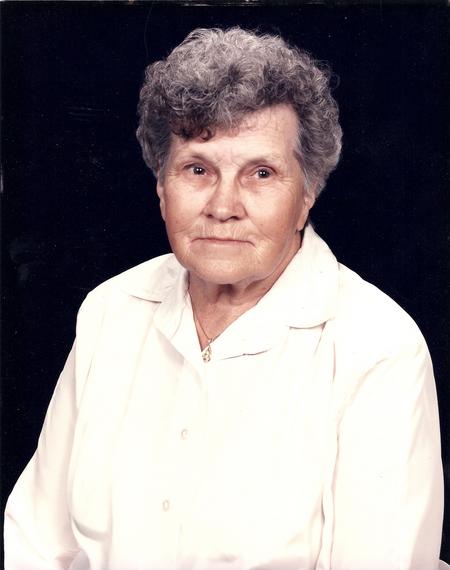 From Kennewick, WA, US | Born in Genoa, NE

Marie was born August 27, 1919 at home near Genoa, Nebraska to John and Nellie McMeekin Ingalls. She was the ninth of eleven children. As an honor student, Marie graduated from Shelby High School in 1937 and earned a Bachelor of Science in Home Economics from the University of Nebraska in 1942. While at the University of Nebraska, she met Wilford H. Bill Clark. Bill and Marie were married August 8, 1942 in Grand Island, Nebraska. After living a number of places for short periods Bill in the Army Air Corp, Bill and Marie settled in Richland, WA in 1947.

Moms home economic background translated to a love of cooking, gardening, raising kids hers and some of the neighbors at times and yes, even cleaning. She also loved fishing, a little gambling, reading, dancing and any kind of pet we brought home to her. She was active in 4-H both as a member during her childhood and leader later in life patiently teaching many to cook and sew.

Mom approached life with her own independent style, humor, and spirit. A combination of her Irish heritage, being one of eleven children living on a family farm during the Great Depression, working her way through college, and moving to a dusty, windy Eastern Washington community following World War II lent a hand in forming these qualities. She will be fondly remembered for her style and spirit.

The family wishes to extend their heart-felt gratitude to the staff at Canyon Lakes Restorative and Rehabilitation Center for their compassionate and attentive care.

Graveside service will be held at Sunset Memorial Gardens, Richland, WA Thursday, April 7, 2011 at 11:00 AM. The family would like to invite you to a reception following the graveside service at Memories at Sunset Event Center.

In lieu of flowers, please make donations in Maries name to a charity of your choice.