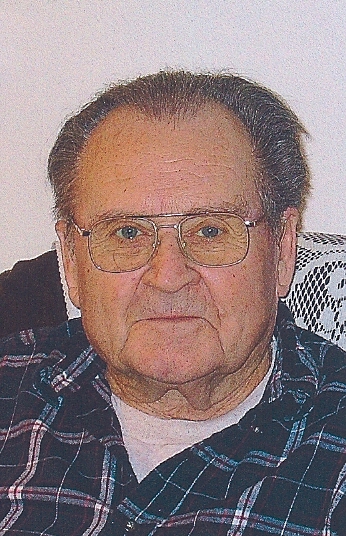 From Richland, WA, US | Born in Plato, MO

Harry Dale Rice, Sr. 86, passed away peacefully at his home on April 30th. 2011. His beloved wife, Phyllis and family were by his side. Harry and Phyllis were married 60 years. Harry was the son of Luther and Ida Neal Rice, born in Plato, Missouri July 26, 1924. In August, 1951 Harry met and married Phyllis Azalea Turner in Hardy, Arkansas. Shortly after they were married, Harry and Phyllis moved to Richland, Washington to begin his long career at Hanford. Harry worked for numerous contractors on the Hanford project. His primary job was in the 300 Area working in the Nuclear Fuel Manufacturing Plant. At the time of Harry's retirement, in 1984, he was a supervisor for UNC Nuclear Industries. Harry saw many changes during his 33 year career at Hanford. I remember he said that when computers started to arrive in the work place it wasn't something hewanted to do so that might have been part of his decision to retire. Harry retired at the age of 60.

Harry was an avid gardener, he always had a garden and we could always count on having an abundance of green peppers, tomatoes, zucchini, cucumbers, raspberries and apricots. He also loved to barbeque. We had many barbeques at their home on Potter St. Harry also enjoyed reading. His favorite western author was, Louis L' Amour.

In May 11, 1952 Harry and Phyllis were blessed with a son, Harry Dale Rice, Jr. For many years Harry, Phyllis and Harry Jr. lived in Richland on Potter St. Eventually growing out of their small house on Potter, Harry and Phyllis moved to a ranch house on Humphreys St across the street from their son Harry and daughter-in-law Lynne. It was always great to have him across the street he helped Lynne with many projects.

Harry was part of a large family of 4 sisters and 4 brothers. Harry was preceded in death by his parents, Luther and Ida, his sisters Velma Williamson, Elta Rice, Nina Welch, brothers' Harmon Rice, Ruper "Neal" Rice and Maurice Ford Rice. He is survived by his sister Lela Rice Shepherd. He is also survived by his son Harry Jr. and daughter-in-law Lynne, his grandchildren whom he adored immensely Allison Marie and Kathryn Elizabeth.

Harry didn't like to fly so if he could drive to it he went. He drove many times to Missouri and Arizona. One of his favorite spots to go to was the Oregon Coast.

He loved to sit in the hotel room with the window open listening to the ocean. He loved to look for agates on the beach. He was always looking for that special agate. We were chased by the surf many times to get to that one gleaming agate shining in the surf.

Please express your thoughts and memories of Harry on the online Guest Book awww.einansfuneralhome.comunder the obituary section.

The viewing for Harry will be Thursday, May 5, 2011 from 5pm to 7pm at Einan's Funeral Home in Richland. The funeral service will be Friday, May 6th, at 1pm at Einan's. Interment will follow at Sunset Memorial Gardens with a reception to follow after interment at Memories at Sunset Event Center.In lieu of flowers any donations can be made to Hospice The Chaplaincy, 2108 W. Entiat, Kennewick. WA 99336.

A light from our household is gone, a voice we love is stilled. A place is vacant in our hearts that never can be filled." Harry will be greatly missed.