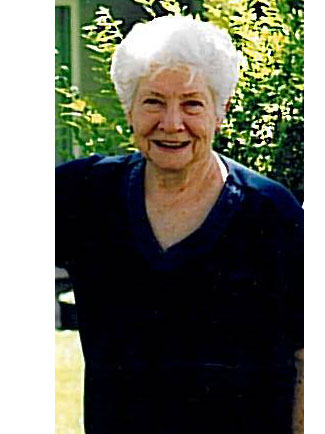 From Yakima, WA, US | Born in Nederland, TX

Born December 3, 1924 in Nederland, TX to Ruel R. and Mary A. Palmer, Mary Frances grew up in Beaumont, TX along with her brother Pat and sisters Doris and Ann. She graduated from Beaumont H.S. in 1942 and shortly thereafter moved with her family to the Tri-City area, where she met her now late husband, James H. Whittle, a career fireman at Hanford and the City of Richland.

Mary worked for E.I. DuPont at the Hanford site until Jim and Mary moved to Benton City in the early 50's where she was the school secretary at Kiona Benton. In 1964, they returned to Richland where they remained until retirement in the late 1970s. Mary held positions with GESA Federal Credit Union and Exxon during her later career. She and Jim enjoyed traveling and spending time at Twin Lakes, where their children and grandchildren have many fond memories of the time they spent with them.

Mary moved from Richland to Yakima, WA in 1993 to be near her daughter and care for grand daughter Shay until relocating with them to Casper, WY in 1997 and to Colorado Springs, CO in 2006 before returning to Yakima with Sharon and her family in 2008.

Mary is survived by her only living sibling Ann Patton. She's also survived by son James and wife Joan and Jim's children, Cindy Hensley and Jeff Whittle; son, Glenn and wife Precy, and Glenn's children Steven and Marie Whittle and stepchildren Doug Headly and Stephanie St. Martin; her daughter, Sharon and husband Jerry and Sharon's daughter Shay Young; grandsons, Michael and Mark Whittle, children of Mike, and their families also survived Mary. There are many great grandchildren that Mary Frances was quite proud of as well.

Mary had a strong faith and actively attended church most of her life, including Richland Baptist Church. She was an enthusiastic gardener and had many flowers and wonderful friendships bloom along life's path. Visitation and funeral services will be held on Monday, May 9, 2011 at Einan's Funeral Home with visitation from 11:00am to 1:00pm and the funeral service at 1:00pm. With interment to follow the funeral service at Sunset Memorial Gardens in Richland, WA. A reception is to follow the interment at Memories at Sunset Event Center.