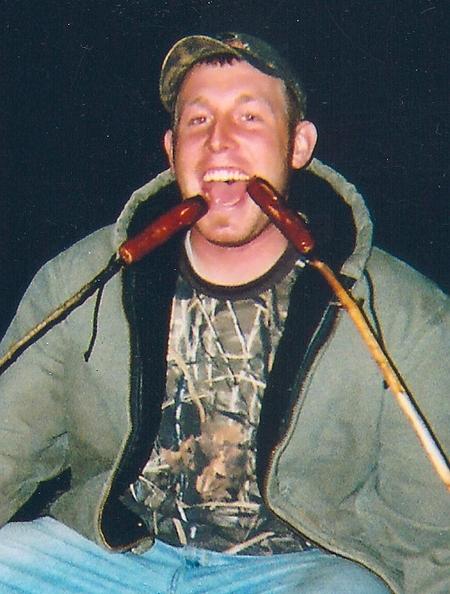 Trevor Lee Petersen, age 24, was born in Richland, WA. He lived in the Tri-Cities area until the family returned to Oregon a few years later and spent his early childhood years there. Trevor returned to Richland when he was in fifth grade and resided there until his untimely death due to a fatal car accident on April 23, 2011. He will be deeply missed by his parents, Catherine Petersen Richland, WA and Danny Petersen Cove, OR. He is survived by his brother and best friend, Cameron Petersen Odessa, TX, his fiance, Tarah Bowers West Richland and his 1 year old son Jack Petersen, the loves of his life.

He returned to Richland with his family when he was in 5th grade. During his middle school and high school years Trevor was extremely active in sports and participated in football, basketball and track. During the summer months he loved to race BMX and attend sports camps. He graduated from Kamiakin HS in 2005. Trevor then attended CBC and graduated from the welding technology program in 2010. He was working as a welder in Grandview at the time of his death and was going to start a new job in a Pasco fabrication shop in a week. He was very excited about this latest opportunity and was at one of the highest points in his life when he was taken from this earth all too soon.

Trevor's love of the outdoors was known to all who ever had the privilege of sharing time with him. He was an avid sportsman and enjoyed hunting, fishing and camping.

Trevor is also survived by his maternal grandparents Richard and Marlene Watkins Burns, OR, and paternal grandparent Paul Petersen La Grande, OR. In addition, he left behind; aunts, Susan Hughes Summerville, OR, Sharon Wagner Burns, OR, and Dawn Salsbury Hermiston, OR uncles, Edgar Hughes Summerville, OR and Scott Salsbury Hermiston, OR stepmother, Patricia Zennie and numerous cousins who will all dearly miss him.

Trevor's memorial service is scheduled for 11:00 AM on Saturday, April 30th at Memories at Sunset Event Center located on 915 By-Pass Highway in Richland, WA. A reception will follow at the same location to celebrate Trevor's life.

In lieu of flowers, the family requests that those who wish to, can donate to the HAPO branch account set up for his son, Jack.

A special thank you goes out to Don Curry, CBC welding instructor, and all of the students who donated their time in the preparation of Trevor's beautiful urn. It is just what he would have wanted.