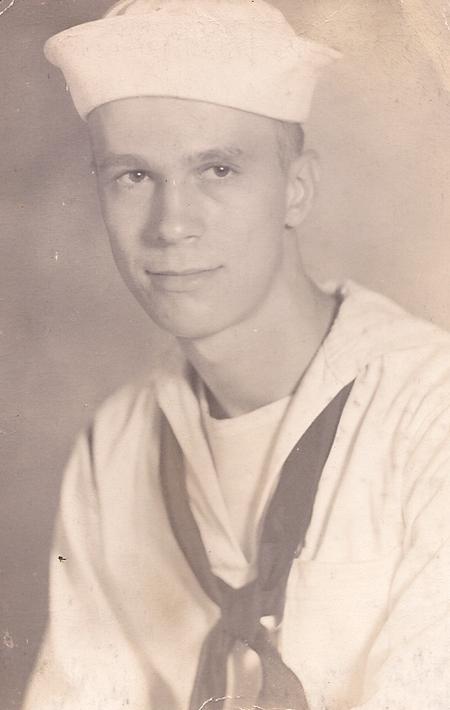 From Richland, WA, US | Born in Detroit, MI

Edward J. Ruane passed away on May 6th 2011 in Spokane Washington after a courageous battle with lung cancer. Words cannot express the thanks that we have for the incredible care he received from his daughter, Michaele Ann Annie and her husband Mike, Ed's primary physician, who took Ed into their house and cared for him during this most difficult of times. The whole family put their lives on hold and made Eddie's last 7 months of his life in his words; "The most loving caring precious family time that a man could ever have or hope for!"

Ed's life began in Detroit, MI on April 26, 1926. He attended primary school in and around Detroit where he received his High School Diploma. He attended Henry Ford Trade School. Ed was called on and proudly served in the United States Navy during World War 2. Upon leaving the Navy he enrolled in Michigan State University and received a Mechanical Engineering Degree. MSU was also where he met his college sweetheart and future wife Barbara Ann Kent. They were married April 7, 1956 in The Shrine of the Little Flower in Royal Oak Michigan. The ceremony was officiated by his cousin the Rev. Charles E. Coughlin.

Ed had 5 children, Patrick Jeanne, MichaeleAnn Mike, Tom Dana, Tim Denise, and Dan Janet. In 1967 the family moved from Michigan to Richland, WA where Ed worked at the Hanford Facility on the FFTF Project until his retirement on January 1, 1988. Very sadly, Barbara passed away 7 days later from influenza. Ed and Barb worked tirelessly raising their children, devoting their marriage to their kids various school functions, sports and activities. Their marriage was highlighted by a 25th anniversary trip to Hawaii.

Ed was committed to giving back to the community and coached Little League Baseball's "Old National Bank" for many years. He believed in teaching the fundamentals of the game and enjoyed lasting relationships with many of those kids. His favorite hobby was golf and he enjoyed playing for many years.

Ed remarried in January of 1989 to Jean Carter. The first few years of Ed and Jean's marriage were hi-lighted by wintering in El Centro California and enjoying their golf membership at the Tri-City Country Club. The past 14 years of Ed's life were geared around a routine that was very predictable but very fulfilling. He began each day attending Daily Mass at Christ the King Church. Then after Mass he would journey over to Kadlec hospital to have coffee, and then round out his morning with a trip to the library. Ed was an avid reader. This routine kept him going and gave his life great purpose.

Ed was always excited to go see his favorite High School activity, the games of the Richland Bombers baseball team. He even got to enjoy a State trip to Seattle with the Team! He was also a very loyal customer of Dairy Queen where he would often enjoy a blizzard. A diagnosis of diabetes did not slow this habit down.

Ed's life was anchored by his family, his faith and his friends and his life reflected that. He is survived by his wife Jean, his five kids and their spouses, his 12 grandchildren. He also treasured his sister Jeanne Elster and her family who live in Detroit.

The family would like to extend appreciation to the Rockwood Clinic/Oncology Center, Deaconess Hospital, Havenwood, and Visiting Nurse Association.

Recitation of the Holy Rosary will be at 6:00pm, with visitation concluding at 8:00pm on Friday, May 20 at Einan's Funeral Home, 915 Bypass Highway Richland. Graveside Service will be at 9:30am on Saturday, May 21st at Sunset Memorial Gardens in Richland.

A Memorial Mass will be at Christ the King Catholic Church in Richland on Saturday, May 21st at 11:00 AM.