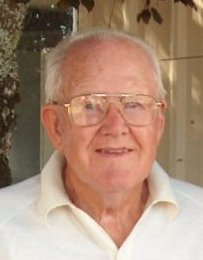 From Chehalis, WA, US | Born in Vernal, UT

William Mark Galbreath, 85, died in his home from prostate cancer on May 7, 2011. William was born in Vernal, Utah, August 9, 1925, the son of Hazel Bentley and Perry Galbreath. He had two brothers and five sisters and was a long-time resident in Richland, Washington, before moving to Chehalis, Washington, in 1994.

William served in the 32nd infantry during World War II, then got a job with the Hanford Nuclear Company in Richland, WA, where he worked for 40 years.

Bill married Evelyn Bailey and together they raised five children. He was a long-time member of Richland Assembly of God church; and most recently, Bethel Church in Chehalis, Washington.

William is survived by four children, Pamela VanDerDoes of Rathdrum, Idaho; Beverly Smucker of Junction City, Oregon; Gerald Galbreath of Chehalis WA; Ronald Galbreath of Hachinohe, Japan. He was preceded in death by his parents; one brother; three sisters; his wife, Evelyn; and son, Kevin. At the time of his death, he had thirteen grandchildren with another due in November and was looking forward to the birth of his first great grandchild.