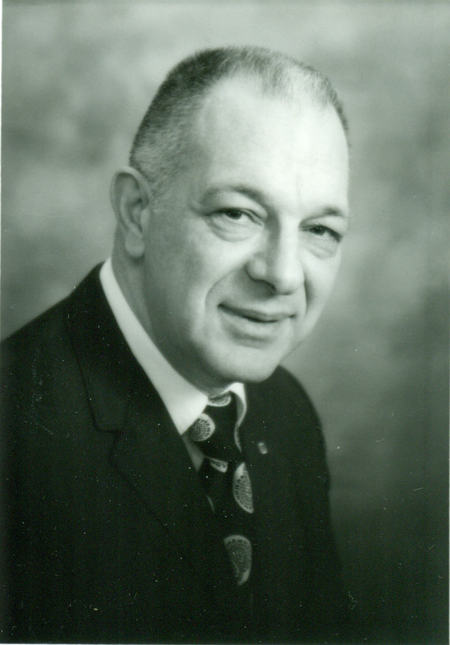 From Richland, WA, US | Born in Portland, Oregon

Hector Maffei, a devoted husband, father, grandfather, and great grandfather. He was born on April 5, 1928 in Portland, Oregon. He attended Central Catholic High School, Van port Junior College. Oregon State Univ., and graduated from the University of Portland, receiving the faculty award as the most outstanding senior in the School of Chemistry. He came to Hanford and General Electric as a tech grad and liked the work and the area so well, the companies changed several times but he transferred to each one of them just so he could stay in the area, during which time he was an avid photographer he won first prize two years in a row in Westinghouse employee contests. In all, he spent 37 years on the work force receiving a U.S. Patent and several invention awards for his efforts. He was always an active member of the Knights of Columbus since 1952, holding all positions both local and state including that of State Deputy in 1983. A true believer in helping others anonymously, he spent 9 years as financial secretary of the Tri Cities Food Bank. Hunting and fishing were his weekend relaxation and he loved to goose hunt the gap across the river in Pasco. In his later years, the yearly trip with his friends to Clarkston for Steelhead topped the year, as well as crabbing at Newport, Oregon. He leaves his wife, Gloria; Daughters, Phyllis Robert Wilson, and Barbara George Walker, Metropolis, IL; Grandchildren Michael Becky Wilson, Cle Elum, Wa , Peter Brooklyn Wilson, Portland, Or., Ryan Walker, Phoenix, Az, Renee Walker, Metropolis, Il, Justin Walker, Chicago, Il., and 6 great grandchildren.

In lieu of flowers, please honor him by donations to Hospice or the Knights of Columbus brotherhood account funds.

Mass of Christian Burial will be celebrated at 11:00 AM Friday, September 30, 2011 at Christ the King Church, Richland. Viewing will be 5:00-8:00 PM Thursday the 29th at Einan's Funeral Home, Richland, with Recitation of the Holy Rosary at 7:00 PM. Graveside services will be held at 11:00 AM Saturday, October 1st at Mt. Calvary Cemetery, Portland, Or.