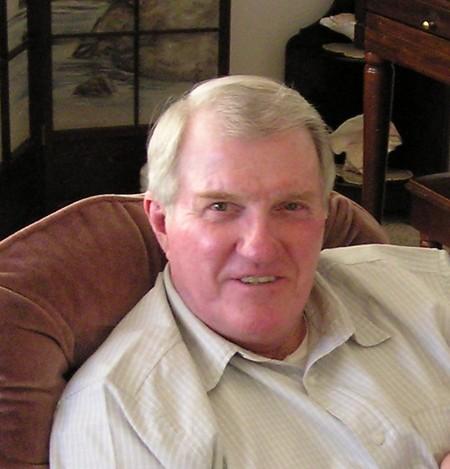 From Kennewick, WA, US | Born in Peabody, MA

Robert Parker Bob, 76, lived in the Tri-Cities since 1975 with the last three years in Kennewick at Charbonneau, passed away Friday, September 30th at Kadlec Medical Center. He was born in Peabody, MA on May 2, 1935 to Andrew Granville and Florence Mathieson Parker. He grew up in Lynn, MA until the age of 17 when he joined the U. S. Air Force. He spent a career of 20 1/2 years in the Air Force serving most of his time in the Far East in Korea, Japan, and SE Asia in Ubon Thailand during the Vietnam War. He met and married the love of his life Hisayo Yokono Parker while serving in Osaka, Japan. They celebrated 51 years together raising four daughters, Julie, Donna, Kathleen and Naomi.

Bob enjoyed his music and was a proficient piano player. He had his own group for 12 years in Japan, playing mostly the American service clubs throughout Japan and the Far East. Bob found his Lord and Savior Jesus Christ and converted his music to Christian music, playing as Church Pianist at several Baptist churches in the Tri-Cities. His love for Christian music was southern gospel especially performed by the Gaither Vocal Group. He had a passion for fishing, especially steelhead and salmon, sometimes traveling to Alaska and Canada in pursuit of his quarry. After Bob left the Air Force, he worked for a short period in hotel/motel management with Holiday Inn. This was proceeded by a short career as a New York Life Insurance agent, then went to work for Exxon Nuclear, and finally retired from Siemens Nuclear Power Corp in May 1995 with 20 years service as an administrator of the PC Department.

He was preceded in death by his wife Hisayo who passed away in 2007, his father, mother, and brother Ronald. He is survived by his daughters Julie Quaintance, Donna McCue and husband Kevin, Kathleen Miles and husband Glenn, Naomi Ofrancia and husband JJ; six grandchildren Sara Elfering, Jamie Guion, Adam Miles, Ashley Kincaid, Ben and Maria Ofrancia, and five great-children. In addition, he is survived by his sisters Barbara Seckar of Acton, ME, Florence Cooper of Danvers, MA, sister-in-law Sakiyo Manchester of Linn Creek, MO and several nieces and nephews. He also leaves behind a dear friend and companion, of the last three years, BJ Farnsworth.

Dad, we love you so much. Hope there's good fishing in heaven. Tell Mom, "Hi," for us.

A memorial service will be held Friday, October 7th, 11:00 am at Richland Baptist Church. In lieu of flowers, contributions in Bob's memory may be made to the American Cancer Society or a charity of one's choice.