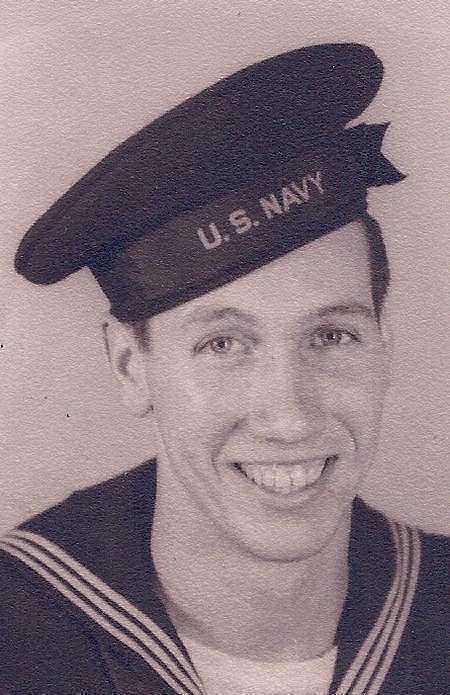 From Kennewick, WA, US | Born in Plummer, ID

Donald was born to Leroy Willard and Flora Chase Willard at home in Plummer, Id on June 28, 1923. He passed away October 16, 2011 at Kadlec Regional Medical Center of medical complications of living a long life. He loved, was loved and will be missed by many.

He grew up in Plummer with his 12 brothers and sisters. After graduation from Plummer Public School, he worked in a grocery mercantile store in Rockford, WA, and then spent a summer and winter working for the Union Pacific Railroad.

On 01-06-43 Donald enlisted in the U.S. Navy and entered boot camp at Farragut, Idaho Naval Station. At the same location in northern Idaho he went on to Corps School, and then worked as a hospital corpsman at the main hospital and the dispensary at Farragut. From Farragut he was shipped down to an area near San Francisco where he and other sailors were billeted at Tanforan Racetrack in preparation to being sent overseas. He was attached to Fleet Hospital #114. San Jose University was the site of more training...swimming and rescue. Because of his prior work in the dispensary, he was sent to Oak Knoll Naval Hospital in Oakland, CA for a 4 month period of training in surgery.

Donald and the rest of Fleet Hospital #114 sailed on the MS Brastagi, a Dutch ship, to Samar on the west coast of the Philippines. On board was all the material with which to build a hospital once they arrived in Samar. With the help of the Construction Battalion, better known as the Seabee's, the sailors had to assemble their own hospital, working 8 hours on and 8 hours off, until it was up and in operation. He worked in the supply room for surgeries, sterilizing and packing instruments for surgery. He also worked in orthopedic surgery. Pharmacists Mate Second Class Donald was honorably discharged at Bremerton, WA on 04-01-1946.

The Veterans Bill of Rights enabled Don to attend the University of Idaho. He graduated in 1950, majoring in pre-med and zoology. Temporary jobs at the Plummer pole yard and at the Renton plant of Boeing Aircraft preceded his employment with the General Electric Company in Richland, WA in April 1951. He started in the bio-assay laboratory, and then transferred to the Regional Survey unit, collecting samples for radioactive analysis of soil, river and well water, air, water from the cooling tanks of the reactors, both locally and other regions of the Northwest. After General Electric left, Don stayed to work for Battelle until his retirement in June 1987. Most of his years were spent working in the Inhalation Toxicology section of Biology Department. In 1960 Don took a four year leave of absence from G.E. to attend school, and to set up an inhalation laboratory at Wayne State University in Detroit, MI. He attended school part time and worked part time. In 1964 he received a MS degree in Industrial Medicine from Wayne State, and returned to Richland, WA

The year 1953 began a 58 year marriage between Donald Willard and Judith Larson, a Montana transplant. They were blessed with four children. Don was a very involved father in the activities in the lives of his three daughters and son. This kept him busy with Church league basketball, Indian Guides, Miss Softball America and Girl Scouts. In retirement years he enjoyed going to Bomber basketball games and participating in art painting classes down at the Kennewick Senior Center.

Visitation will be Saturday, October 22, from 5 p.m. to 8 p.m. at Einans Funeral Home. The service will be Sunday, October 23, 2011 at 1 p.m., at Memories at Sunset Event Center, 915 By-Pass Highway, Richland, WA with a reception following at the same location.

In lieu of flowers donations may be made to Hospice at the Chaplaincy, 2108 W. Entiat Ave., Kennewick, WA 99336, or a charity of your choice.