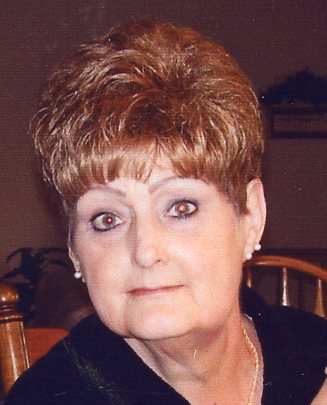 From Kennewick, WA, US | Born in Modesto, CA

Gwendolyn Sue Nelson, passed away peacefully October 15, 2011, with her family by her side in Kennewick, Washington.

A celebration of her life is set for 2:00 pm, Friday, October 21, 2011, at Einan's Funeral Home in Richland, WA, then a gathering at the Hampton Inn in Richland, WA to follow.

Gwen was born August 18, 1949, in Modesto, California, to William Bud and Gilda Lee Johnson. Her parents married in 1941, and in 1964, they bought a farm and moved with their two daughters outside of Pasco, WA.

Gwen spent summers on the farm, riding her horses, and spending time with friends and family. She was an active member of the Red Top Riders 4H Club. She competed in horse shows and enjoyed participating in mounted drill team. She attended Connell High School until she married Courtney Nelson. The couple had a farm in Eltopia, where Gwen was a full time homemaker caring for their three children and farming. She always made sure that there was 3 meals a day on the table for her family to enjoy.

After 14 years her marriage to Courtney ended, and she and the children moved to Pasco, WA. Gwen returned to school, received her GED and Associates of Arts Degree from Columbia Basin Community College and was employed at the Community Action Committee, in Pasco, WA.

In 1983 she met the love of her life, William Allan Nelson. Gwen and Allan were married in 1986 and they remained in love, and married until her death.

Her main interest was her family, she especially loved her grandchildren. She also enjoyed horse back riding in her youth with her children, her beloved pets, cooking, camping, snowmobiling and shopping for gifts for her family. She also enjoyed going to dinner and movies with her husband and family in her later years. She devoted all of her time and energy to family members, including her mother until she passed away in March 2007. Gwen never would miss any events that involved her children or grandchildren. She always looked forward to every holiday and family gathering. Even St. Patrick's Day with her green cake and especially Christmas morning. She was loved by all who knew her and will be greatly missed.

She was preceded in death by her parents, William Bud and Gilda Lee Johnson, brother Jeffery, and her niece Tami from California.