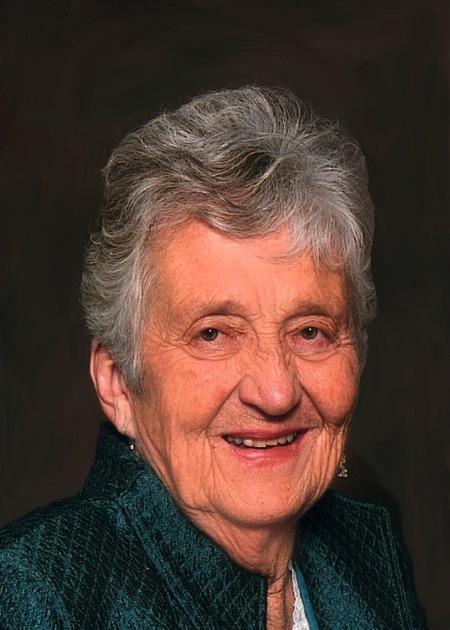 From Richland, WA, US | Born in Detroit, MI

Sherry Philipp passed away peacefully at her home in Richland WA on Friday October 21th 2011. She is survived by her brother Larry Hait of Roseville MI, daughters Barbara Philipp of Richland WA and Nancy Philipp of Richland WA, and sons Paul Philipp with wife Janie Branch Philipp and granddaughters Jasmine and Brianna, and grandson Brandon of Woodinville WA, and John Philipp with wife Madonna Glines Philipp and grandsons Austin and Seaver, and granddaughter Mallory of Ellensburg WA. She was preceded in death by her parents, Edmund Hait and Alexandria Hait Abrams, and husband Lee D. Philipp. Sherry was born in Detroit MI on August 18, 1935. As a girl, she enjoyed socializing with school friends and synchronized swimming. She had fond memories of camping with family and of a trip taken to Puerto Rico with friends. She lived in Detroit with her parents and brother until she met Lee and they were married in Michigan after Lee's last military assignment. Shortly after the wedding, Lee and Sherry moved to Boulder CO so Lee could continue his education, and Sherry worked at the University of Colorado as a secretary. While in Boulder their first daughter Barbara was born and when Lee graduated the new family moved to Richland WA.
Their first few years in Richland were busy with the birth of Nancy and twins John and Paul. Sherry had her handsfull while Lee worked and continued with his education eventually receiving his Masters Degree. During this time, they managed to buy a Sears boat and learned to water ski on the Columbia River where they enjoyed picnics and swimming in the cool water to escape the summer heat in the Tri-Cities. They also started an annual tradition of vacationing with friends and family at Priest Lake ID. Although Sherry hated leaving her friends, they moved to Albuquerque NM for three years while Lee earned his PhD. Then, they returned to Richland where they bought their home. During this time Sherry worked as a ward secretary at Kadlec Hospital, and participated in a variety of volunteer activities, played tennis and bridge, and went swimming and skiing, as well as raising a family. She also was an avid gardener, taking time to landscape her house and eventually became a Master Gardener. She loved traveling and after retiring she took many trips with friends and family. Whether it was a two day trip to Spokane, a weekend trip to a cabin at Priest Lake, or a two week trip to Sweden, she was ready to pack her bags and go. She enjoyed the theater, eating the local cuisine, seeing historical sites or museums, and she enjoying seeing the beauty of each place that she was visiting or traveling through.
In her spare time, Sherry loved sewing. While her grandkids were young, she spent time each year creating Halloween costumes for each one of them. Later, she focused on quilting - creating many beautiful quilts for each member of her family as well as gifts and donations to Project Linus. A memorial mass will be held at Christ the King Church, 1111 Stevens Dr. in Richland on Monday October 31, 2011 at 1:00 with internment to follow at 3:30 pm at Sunset Memorial Gardens in Richland. Donations in lieu of flowers can be sent to the Hospice at the Chaplaincy or to Christ the King Church.