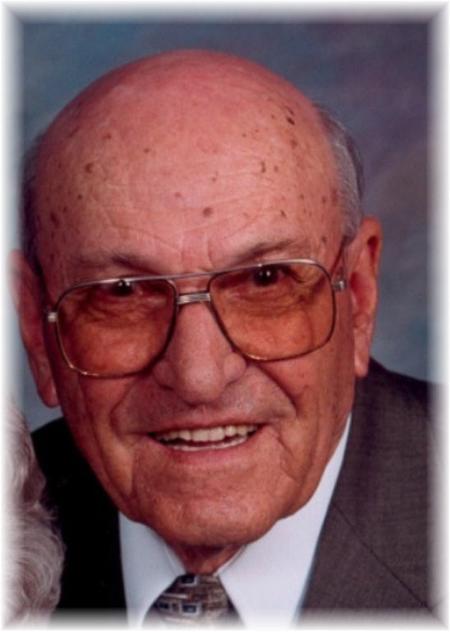 From Richand, WA, US | Born in Salem, AR

Woodrow Maguffee, 98, passed away peacefully, October 24, 2011, surrounded by family and friends. Woodrow was a resident of Richland over parts of eight decades, but always considered Arkansas his home.

Woodrow was born June 3, 1913, in Salem, Arkansas, to James Franklin and Mary Elizabeth Moss Maguffee. He was the fifth of seven children. His youth was spent hunting and fishing in the rural farming area in north central Arkansas. He often reminisced about adventures with his brothers Bynum and Luther and his cousin Stump, and often told tall tails of his times playing basketball, baseball, and track. He graduated from Salem High School in 1934 and then entered the Civilian Conservation Corps. He married Dorothy Javaux on March 19, 1936 and began to raise three children, Shirley, Larry, and Ron. After short jaunts in Oklahoma and Las Vegas, Woodrow landed a job with the Manhattan Project and moved to Richland, Washington, on June 1, 1943. He worked as a maintenance supervisor at a number of Hanfordï¿½s production reactors. Shirley, their oldest child, was stricken with Jaundice and died in 1946. Woodrow and Dorothy started their second family with the births of Stan and Linda. Woodrow continued to work at Hanford until the last of the production reactors were shut down in 1970. He then went to work for Rogers Potato Service, Pasco, Washington, until his retirement in 1981. Woodrow and Dorothy spent their senior years camping and fishing, taking one long cross country trip hitting nearly all of the 48 contiguous states. Dorothy passed away October 26, 2000. In 2004, Woodrow moved into the Wynwood senior living residence in Richland, Washington.

Woodrow was a beloved husband, father, father-in-law, grandfather, great-grandfather, and friend, and he was always quick with a good story or two.

In lieu of flowers, the family asks that memorial gifts be made to the Tri-Cities Chaplaincy Hospice, 1480 Fowler Ave., Richland, Washington 99352.