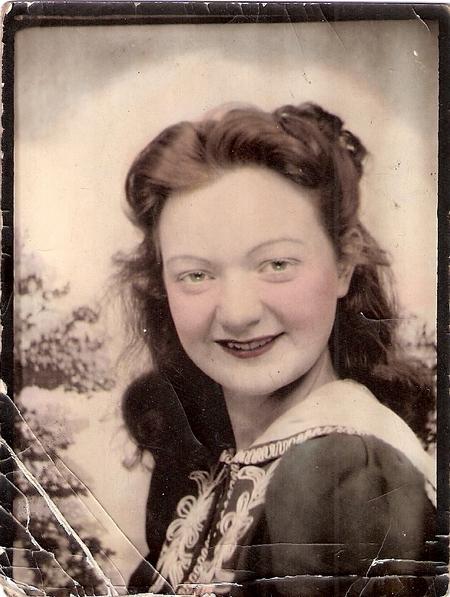 From Richland, WA, US | Born in Superior, WI

Shirley was born in Superior, Wisconsin July 4th 1923. Shirley was the daughter of Ethel and Earl Cleary. She grew up in Superior and left at the age of 18 to study nursing at Minnesota University. There she was introduced to buttermilk and enjoyed it for the rest of her life. She moved to Salt Lake City, Utah for a short time and then went "out west by rail" to work at the Boeing Plant as an Airplane Mechanic in Seattle, Washington. She met and married Burl Edward Nickerson in 1945. He was a Chief Petty Officer in the Navy and toured up and down the west coast from Whidbey Island to San Diego, CA. In 1961 Shirley and her children moved to Portland, OR. Shirley went to work for FLAVORPAC, Oregon Brass Works and Omark Saw Chain. And then she became the owner of "Grandma's Koffee Kup" in 1970, which became a popular truck stop that caused traffic jams at lunchtime daily. She sold the restaurant in 1973 and went to work for Oregon Health Sciences University as an office manager; where she eventually retired in 1988.

When she was 82 she took a position with Columbia Basin College in English as a Second Language Instructor. There she met people from around the world and heard many stories of how people fought with every fiber of their bodies to make it to the US. She also taught water aerobics in her 80's at Tri-City Court Club.

Shirley was a life-long learner and continually took classes even into her retirement. She remodeled homes, had a realtor's license, and raised livestock. She was a city girl but, was proud that she could raise her pygmy goat, Nubby Sue in her backyard and all the grand-kids loved her. She was a woman of many adventures, but, with her red hair and spunk she got through the many challenges of life.

A memorial service will be held on Saturday, March 3, 2012 at 2:00pm at the Meadow Springs Presbyterian Church in Richland. There will be a graveside service for Shirley on Monday, March 5, 2012 at 3:00pm at Skyline Memorial Gardens in Portland, OR.