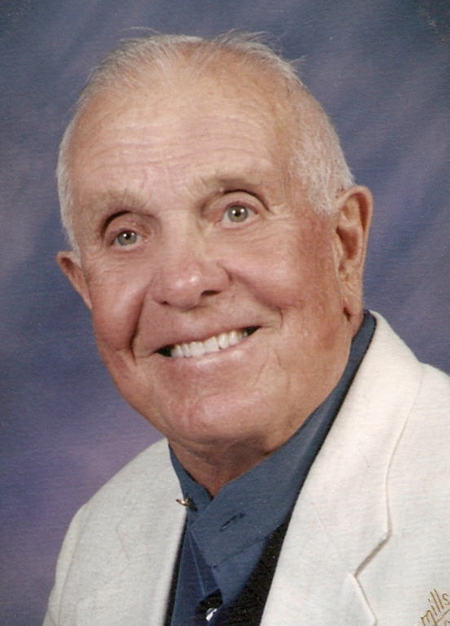 From Pasco, WA, US | Born in Livingston, MT

John P. Kohler passed away at his home on March 24th due to natural causes, with his family by his side. He was 86.

John was born in Livingston, Montana. His parents were John Howard Kohler and Hilde Wilhelmina Paul. He resided in Pasco since age 7, moving when his father was transferred to Pasco by Northern Pacific Railroad.

John was a 1943 graduate of Pasco High School. He entered the US Army Air Corps after graduation and served in the 15th Air Force based in Italy as part of the 348th bombardment squad. He flew 35 missions assigned as a tail gunner on a B-17 Bomber. He was awarded two distinguished flying crosses for his service and was honorably discharged in 1945.

Following the war, John worked for GE at Hanford. He married Catherine Larrabee in 1948. Together they began farming north of Pasco primarily growing concord grapes for Welch's. They also raised four boys and one girl. John served as delegate and board director with the National Grape Cooperative, parent company of Welch's. He gradually retired from farming but never quite quit; he enjoyed being outdoors working in the vineyard.

His life was exemplary as a husband, father, and businessman. His children are indebted to him for the life lessons he provided.

John was preceded in death by his son Jim; sister, Marion, and granddaughter Tiffany. John is survived by his wife Catherine, sons Michael and wife Robin, David and wife Debbie, Joe and wife Gayle and his daughter, Mary Hadley and husband John. He was blessed with eleven grandchildren and nine great-grandchildren. A good, honest, hard-working husband and father have earned his reward with honor. We thank Tri-Cities Chaplaincy Hospice and all who have provided care and support to our family. In lieu of flowers, please donate to your favorite charity.

Visitation will be held at Einan's Funeral Home on Friday, March 30, 2012 from 4:00pm to 8:00pm with the Recitation of the Holy Rosary at 6:00pm. A Mass of Christian Burial will be held at Christ the King Catholic Church on Saturday, March 31, 2012 at 11:30am followed by a graveside at Sunset Memorial Gardens in Richland.